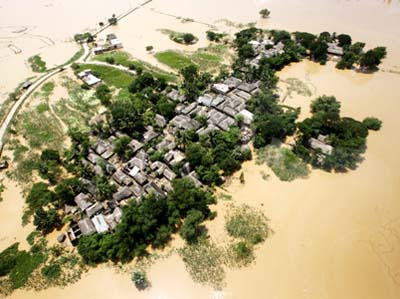 Odisha Channel Bureau Bhubaneswar, Aug 6: Prime Minister Narendra Modi and Home Minister Rajnath Singh have assured all possible Central assistance for Odisha to meet the situation arising out of floods in the State, said Union Minister for Petroleum and Natural Gas Dharmendra Pradhan said after meeting both the leaders in New Delhi on Wednesday.Pradhan who met Prime Minister and Home Minister separately said the Prime Minister expressed concern over the worsening flood situation in the State and directed authorities concerned to take all possible precautionary measures so that loss of life and property could be minimised. Pradhan said Home Minister Rajnath Singh already had talked to Chief Minister Naveen Patnaik and assured him of all support.Apart from existing teams, eight more NDRF teams have already been dispatched to the state to join rescue and relief works.Apart from this helicopters have been kept ready to meet any exigencies.Pradhan said Centre is closely monitoring the development and reviewing the situation constantly.The Minister said he has apprised both the Prime Minister and Home Minister of the rising water level in all major rivers in the State due to continued heavy rain fall.Meanwhile, the death toll due to floods this season increased to 27 on Wednesday.