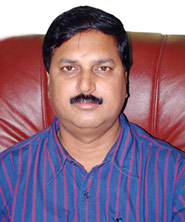 Odisha Channel Bureau Bhubaneswar, Sep 25: Even as the Central Bureau of Investigation was continuing its investigation into the chit fund scam involving the Artha Tatwa Group, the investigating agency on Thursday raided the premises of Seashore Group, headed by Prashant Kumar Dash who is in judicial custody since long.According to sources, simultaneous raids were carried out during the day at as many as 29 places, including the house of Dash and residence of Gopal Chandra Sahu, one of the directors of the company, at Sarua village near Khurda.The CBI sleuths reportedly seized some documents and papers during the raids.Dash, who was heading several companies by investigating the money that his chit fund firm collected from the investors, has been in judicial custody since long after he was arrested from Mumbai by the Crime Branch of the State police.After the Supreme Court ordered CBI probe into the chit fund scam in Odisha, the Crime Branch had handed over the documents and files of Seashore recently.The Crime Branch had also handed the details of the Group’s bank accounts and other deals.It is being suspected that many leaders of the ruling Biju Janata Dal had links with the Seashore Group that had even signed several memorandum of understanding with different Departments of the Naveen Patnaik Government.The MoUs have since been cancelled by the State Government after the company’s involvement in the chit fund scam and duping of investors came to light last year.Meanwhile, the CBI questioned Mumbai-based model and television serial producer Preeti Bhatia for the second time on Thursday.Bhatia is being questioned in connection with her alleged links with the Artha Tatwa Group head Pradeep Sethy, who is also in judicial custody for his alleged involvement in the scam.