Chargesheet filed against AT Group 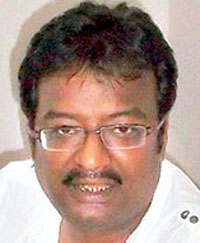 Odisha Channel Bureau Bhubaneswar, Dec 11: The Central Bureau of Investigation filed its chargesheet against the Artha Tatwa (AT) Group in a Bhubaneswar court on Thursday.The investigating agency said in its chargesheet that irregularities involving a sum of Rs.200 crore had been committed by as many as seven companies of the Group, according to sources.The chargesheet named 16 persons as accused responsible for gobbling investment made by people across Odisha.Those named accused include Biju Janata Dal MLA Pravat Tripathy who has been suspended from the party, former Advocate General Ashok Mohanty, AT Group’s chairman-cum-managing director Pradip Sethy, and media house owners – Madhu Mohanty, Manoj Das and Bikash Swain.All the above accused persons barring the former Advocate General are in judicial custody at present.The CBI has kept the option open to file supplementary chargesheets in the case in future.This is the second chargesheet that the CBI filed in the mega chit fund scam cases in Odisha.The premier investigating agency is investigating into cases involving as many as 40-odd companies as per the orders of the Supreme Court of India.The first chargesheet in the chit fund scam was filed by the CBI against Green India Private Limited on December 2.In a related development, CBI today subjected two officials of State Health and Family Welfare Department to questioning in connection with the inking of MoU between the Odisha Government and the Seashore Group, an accused company involved in the scam The officials who were earlier summoned by the CBI submitted relevant documents with the investigating agency, said official sources.