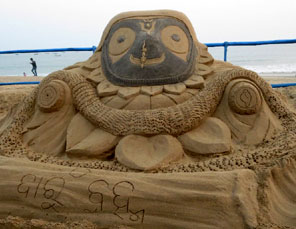 Odisha Channel Bureau Bhubaneswar, Dec 6: Five-day-long annual Konark Festival of classical dances concluded in a grand note with the serene performance by artistes from Bhutan and scintillating presentation by the Odissi exponents.In the musical renderings of the Bhutanese artistes and the dance recitals as well, the distinctive dress and language and the tradition of the Bhutanese found clear expression.Sponsored by Indian Council for Cultural Relations (ICCR) the items made the viewers transported to a different world.After that the Odissi dancers entered the stage taking the choreography of Guru Durga Charan Ranbir.They started with ‘Soma Mangalam’ depicting the disastrous love of the moon God which led to his waxing and waning.This was followed by ‘Sthayee Nrittya’ embodying the nuances and grammar of Odissi. 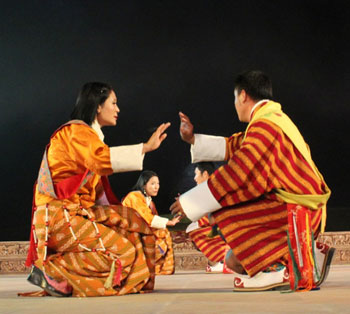 The last item was ‘Jagannatha Gopinath’ which established Lord Jagannath as a Mahabhava manifestation of Krishna.The dancers brought out a parallel between the activities of Krishna in Dwaparayuga and the rituals of Lord Jagannath.The evening’s programme commenced with lighting of lamp by Odisha Tourism & Culture Minister Ashok Chandra Panda, Sports and Youth Affairs Minister Sudam Marandi and other dignitaries.The successful sand artists and artistes of the painting camp were felicitated in the end.In International Sand Festival 2014 the 1st Prize was given to Bulu Mohanty from Puri, 2nd Prize went to Subala Moharana from Bhubaneswar and 3rd Prize was given to Jitendra Kishore Jagdev from Puri.