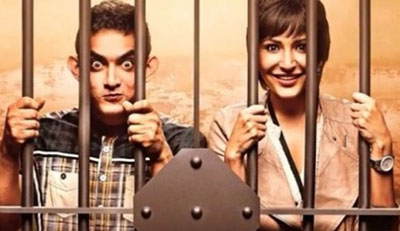 Odisha Channel Bureau Bhubaneswar, Dec 30: Ten days after `PK’ was released in the city, a large group of members of Bajrang Dal vandalised two theatres for screening the Amir Khan-starrer movie.Alleging that the film was against the religious sentiments of the Hindus, the agitated Bajrang Dal activists smashed the glass panes of the ticket booking windows and burnt posters of the Hollywood comedy by Rajkumar Hirani. The protestors who attacked two cinema halls – Keshari and Sriya – one after the other demanded that film’s screening be stopped immediately.The activists of the saffron outfit, however, fled the spot before the police could reach at both places.The city police have deployed adequate police personnel near the theatres where `PK’ is being screened after received complaints from the two theatres that were attacked.On the other hand, reports indicated that the film featuring Aamir Khan and Anushka Sharma had recorded box collections of Rs.236.58 crore in just 10 days, overtaking the entire business of Salman Khan’s ‘Kick’.