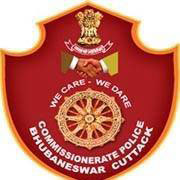 Odisha Channel Bureau Bhubaneswar, Feb 5: The closed circuit TV (CCTV) based city surveillance system for Bhubaneswar was inaugurated by Odisha Chief Minister Naveen Patnaik today.Such a surveillance system is one of its kinds in the entire state, and has been successful in bringing about the collaboration of the best tools of technology to aid day-to-day policing, Patnaik said while speaking on the occasion.“Our Government is dedicated towards making optimum use of technology in all spheres of governance and policing is an essential part of it.Therefore, I am glad that the first phase of the CCTV based surveillance system has already been completed and I dedicate it to the people of Bhubaneswar,” said Patnaik.The Chief Minister called upon the Commissionerate Police to make the best use of this system to infuse a greater sense of security among the people.He expressed happiness that a state of the art modern control room has come up in this building which will function as unified command and control centre for the CCTVs and PCR vans.“I must stress that active surveillance being a demanding task, the Commissionerate Police must staff the control room with ably trained operators who have the ability to critically analyse the complex environment before them and make prompt and judicious interventions to prevent commission of crimes.”In view of the immense potential of this system, Patnaik urged the Odisha Police Housing Welfare Corporation to complete the 2nd and 3rd phase of this project at the earliest.The onus is on the Commissionerate Police to make intelligent use of improved communication technology, camera networks and video analytics to spruce up the existing framework of policing, accomplish their goal of better and efficient service to the people of the twin cities and thereby, become a benchmark for the other Commissionerates in the offing, the Chief Minister observed.Stating that the Government is aware of the needs of the Commissionerate Police, Patnaik said that necessary steps are being taken to commensurately enhance its strength and capabilities in terms of man power and material resources, infrastructure and use of modern gadgets and technology.