Administration wakes up to safety of Ashram School students 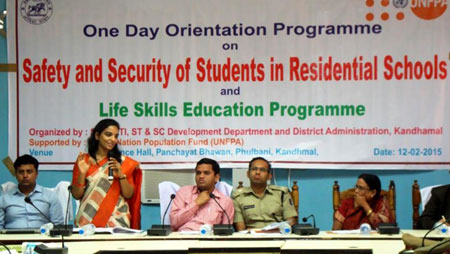 The programme was chaired by District Collector N.Thirumala Naik and convened by District Welfare Officer (DWO).Representatives from Child Welfare Committee, Police and the United Nations Population Fund (UNFPA) also participated in this day-long workshop.Around 300 functionaries under the department were oriented on their roles and responsibilities for ensuring an enabling environment in schools along with management of any sexual harassment, abuse and medical emergencies of students as per the guidelines and Standard Operating Procedures (SOPs) issued by the State government.A series of similar orientation programmes have been planned to be organised throughout the State.In order to promote safer growing up process of adolescents the life skills education which was being implemented in high schools will now be expanded to Ashram schools.Trained teachers will impart life skills education in the schools.It is expected that this programme would equip functionaries to deal with these issues as per the standard operating procedures and legal provisions.It was emphasised that ANMs placed under the SSD department in the residential schools will regularly conduct health screening and teachers would remain vigil on the health condition of the students, according to an official release.A few days ago, opposition legislators had had accused the Naveen Patnaik Government of failing to ensure the safety of inmates of ST/SC residential schools in the wake of a minor tribal girl delivering a baby in an ashram school in Koraput district.