Odisha Channel Bureau Bhubaneswar: Three days after Congress released a whitepaper claiming that 111 farmers had committed suicide due to crop loss and debt burden in the past few months, the Naveen Patnaik Government today admitted that it has so far received allegations of 111 farmers committing suicides in different districts of Odisha. 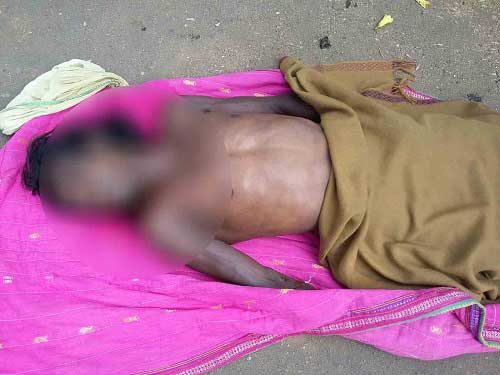 However, none of the farmer suicides were attributed to crop failure or debt burden, claimed State Special Relief Commissioner P.K.Mohapatra here.Almost a month ago, the State government had admitted on October 28 had said that 41 farmers committed suicide since September, but declined to recognise crop loss as reason behind the suicides.The reports about the joint investigation into the allegations of farmers’ suicides were submitted by the District Collectors and Superintendents of Police of the districts concerned.“None died due to agricultural crisis as per reports furnished by district collectors,” Mohapatra claimed.Initial reports indicated that damage of more than 33 per cent of paddy crop has been noticed in as many as 173 blocks in 25 districts, the officer informed.Meanwhile, the State government sought interim financial assistance of Rs.1687.561 crore from the Central government to cope with the prevailing drought situation.The final memorandum seeking drought assistance will be submitted to the Centre by December after receipt of crop cutting reports from the affected districts.On the other hand, Chief Minister Naveen Patnaik has been addressing rallies organised by the ruling Biju Janata Dal announcing sops for the farmers affected by the drought situation prevailing in the State.Patnaik has not visited a single house where farmers have committed suicides due to crop loss and loan burden.