Odisha Channel Bureau
Bhubaneswar: The Wildlife Society of Orissa (WSO) today urged the Chief Wildlife Warden, Odisha to stop the pernicious practice of keeping wild birds and animals as pets in the state. 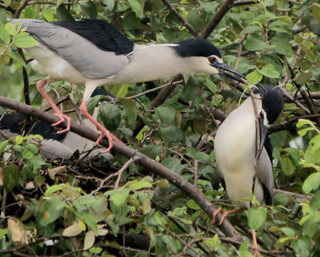 “Small animals and birds like parakeets and mongoose which are illegally sold in the market are purchased in large numbers by many people and kept as pets. According to the Wildlife Protection Act, 1972, it is illegal to keep as pets any animal or bird that is listed in the Schedules to this Act since they are “protected species”. These laws exist because wild animals have special needs and it is difficult to keep them healthy and alive in captivity unlike domesticated cats and dogs,” said Biswajit Mohanty, secretary of WSO.

“Instead of action to stop this misinformation and illegal practice, the Forest Department has ignored this for years which has led to an unsavoury situation in Odisha. Many people including educated sections of society are not afraid to imprison such species as pets in the state,” observed Mohanty.

“Poachers often steal chicks of parakeets, peafowl, and hill mynahs for the illegal trade. At least 60% of the specimens die in the process.”

“The best e.g. is the open roadside sale of parakeets and munias at Pipili bypass on the Bhubaneswar-Puri highway. Unless the growing demand for such pet animals and birds is controlled, the poaching/stealing from wild of these species will continue unabated leading to loss of wild populations,” said Mohanty in his letter to the authorities.

The Forest Department has a key role in making people aware about the fact that buying or keeping wild species as pets is illegal and attracts penalty by way of prison by virtue of their protection status under Wildlife (Protection) Act, 1972. It is necessary to remove the vast ignorance about the provisions of law.

The recent case of Coco, a pet parakeet seized from Cuttack city from the house of a senior academic illustrates the misconception and the wrong attitude of the public. In fact, the seizure was followed up by a sustained public campaign over social media and other media to force the department to return the bird to the owner.

Stating that all wildlife species that have every right to live and move in their wild habitat without any restraint, Mohanty urged the Wildlife Wing of the Stated Forest Department to run a sustained awareness campaign about the illegality of buying and keeping wildlife in captivity.

“The campaign ought to be widely published in newspapers, telecast in TV, broadcast on FM radio along with large roadside hoardings across Odisha.”

It should be explicitly informed in the media campaign that in case anybody finds or rescues an injured specimen or it flies or enters their house they should promptly inform the State Wildlife Wing headquarters toll free number within 24 hours so that it can be rescued by trained forest officials.

Mohanty suggested that the department may first seek voluntary handing over of such wild pets which may be rehabilitated in the wild if possible or otherwise kept in wildlife rescue centre.

Information should be sought from the public through the toll free number about any person who has illegally kept pets. Many people have posted in Twitter and Facebook about pet owners in their areas after the Coco case wondering if Forest Department will seize them too. The tip-offs received should be followed by raids, seizures and appropriate penalty & punishment, he added.

Since parakeet is the most sought after pet among others like hill myna, peacock etc the department ought to have several rescue aviaries across Odisha for rescued/seized birds to be rehabilitated and go through a process to re-wild and then release them back in the wild, Mohanty said, while adding that these aviaries can be operated in partnership with animal welfare NGOs who have the expertise.