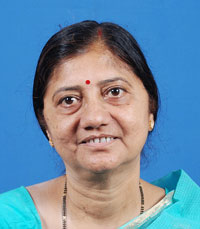 Odisha Channel Bureau Bhubaneswar, Feb 14: The annual state level children’s festival Rainbow-2015 was inaugurated by Odisha Women and Child Development Minister Usha Devi here today.The two-day festival, organised by the Odisha State Child Protection Society (OSCPS) aims to promote creativity, healthy competition, self-expression through art and drawings and exposure to new skills among hundreds of children from child care institutions and special schools across the state.This event is a culmination of district level competitions held in all the districts between December 2014 and January 2015.The festival will see almost 600 children from all districts competing with each other, and participating in workshops such as terracotta and pottery making, soft toy making, paper craft and contemporary dance.They will also interact with well-known celebrities such as Kuna Tripathy, Ratikant Satapathy, Harihar Deo and child artist Swaraj Barik.Participation of children from special schools alongside other children is one of the unique features of the event.The Juvenile Justice (Care and Protection of Children) Act 2000 and its subsequent amendment in 2006 mandates setting up of institutional structures in the form of child care institutions for short, medium and long term rehabilitation of children in need of care and protection.The special schools provide education, care and protection to children with special needs. The Government of India launched the Integrated Child Protection Scheme (ICPS) in 2009 to provide financial, structural and systemic support for implementation of the Juvenile Justice (Care and Protection of Children) Act.The Odisha State Child Protection Society (OSCPS) under the aegis of the Women and Child Development Department, Government of Odisha is the implementing agency for the ICPS in the State.At present there are there are 286 child care institutions, 17 open shelters, and 16 specialised adoption agencies providing services to such vulnerable children in the State.The children residing in various child care institutions registered under the Juvenile Justice Act 2000 and Amendment Act 2006 and Special schools participated in the district level festivals in various events like essay writing, debate, song, dance and painting competitions.The winners of the district level events are participating in this State level festival.The best performing district will be awarded a rolling trophy for ‘Best District’ at the end of the festival.