Health Ministry on H1N1: no shortage of drugs 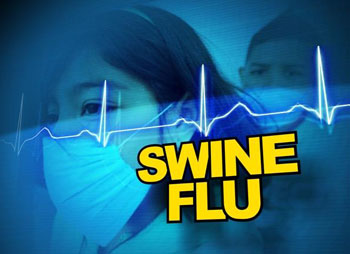 Odisha Channel Bureau New Delhi, Feb 18: Union Health Ministry has been closely monitoring the situation arising due to cases and deaths caused by H1N1 in some states and there is no shortage of drugs or any other logistics.This was stated by the Secretary (Health & Family Welfare) B P Sharma after a high level meeting chaired by him here today.Senior officers of the Ministry, the Director General Health Services (DGHS) Dr.Jagdish Prasad, Drugs Controller General of India (DCGI) Dr.G N Singh, representatives of leading government hospitals such as Dr.Ram Manohar Lohia Hospital, Safdurjung, AIIMS, Lady Hardinge, and from the Indian Council of Medical Research (ICMR) were present at the meeting.The Health Secretary also had a video conference review with the states affected with H1N1 influenza. The Health Secretary reviewed the number of reported cases and deaths in various states affected by H1N1 and the preparedness of central government hospitals and AIIMS.Dr.Jagdish Prasad and the Addl.Secretary (Health) Dr.Arun Panda who visited Dr.RML Hospital yesterday apprised the committee of the level of preparedness.The Medical Superintendents of the hospitals also informed that they have adequate medicines and other logistics required to deal with the situation and there is no need for concern on that score.It was informed that a new H1N1 OPD ward has stared functioning at Dr.RML Hospital.The Health Secretary informed that the Ministry is in constant touch with the states.The situation in terms of availability of drugs, testing kits, diagnostic labs, Personal Protective Equipment (PPE), masks etc., is being continuously reviewed through video conferencing and telephonic means.The states have not projected any need in this regard.All necessary and requested help is being provided to the states to augment their capacity.In case of need, labs under ICMR have been identified across the country to provide additional testing facilities.Also, Delhi has started a new testing facility at AIIMS.A 24 x7 Monitoring Cell is in operation at the National Centre for Disease Control (NCDC).Teams of experts from the Health Ministry have visited states of Telangana, Gujarat and Rajasthan to extend technical support.Two such teams are being sent today to Madhya Pradesh and Maharashtra.States have been asked to study the patterns in mortality such as which areas, age groups and section of people have been most affected, in addition to deaths due to co-morbid conditions.The guidelines framed by the Centre for vaccination of healthcare workers have been approved and provided to the states for dissemination to the health institutions treating the H1N1 influenza patients.An expert group comprising eminent doctors has also issued an advisory stating that “the vaccine is not recommended for the general public at this juncture”.In order to ensure availability of medicines, the list of retail outlets/whole-sellers under Schedule-X license has been put on the Ministry’s website-www.mohfw.nic.in.It is being ensured that all of them have requisite amount of medicine.The Health Secretary is going to have a meeting with the manufacturers of medicines and vaccines tomorrow to ensure it.While the states reported that they have no specific information about private hospitals and clinics over-charging patients for H1N1 test, they have been asked to ensure that private providers do not over-charge people who are getting tests conducted at private facilities.The IEC activities within the states were also reviewed.The states have been asked to ensure the dissemination of all information meant to the people, according to an official release.