Save the Girl Child: She is an Asset …….and not a Liability!!

Santosh Jain PassiAkanksha JainWomen play an important role in shaping the destiny of our civilization, yet the girl child, very often, not only faces neglect and disparity but sometimes the gravest forms of violence/crime.In India, traditions/rituals undermine the very existence of girl child.Despite tremendous hue and cry about gender equality and the enforcement of laws for achieving the same, a large number of new-born girls are still being dumped in the garbage, while the unborn female foetuses continue to be sniffed in the womb.Wrought with discrimination and prejudices, our society has often dealt the young girls/women with a rough hand, beginning even before their birth and following through infancy, childhood, adolescence and adulthood (including pregnancy and lactation) till the last leg of their life. 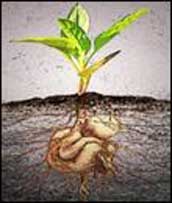