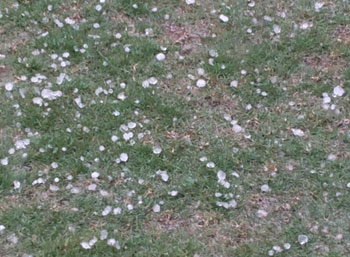 Odisha Channel Bureau Bhubaneswar, Mar 18: At least six youths killed and 12 others injured when lightning struck at Jaripada village under Tangi police station limits in Odisha’s Khordha district on Wednesday afternoon.The lightning struck when unseasonal rain and hailstorm lashed the region, including the Capital city of Bhubaneswar.The tragic incident occurred at Jaripada when the youths, who were playing cricket on the outskirts of the village, had taken shelter in a nearby house due to sudden rainfall.According to reports, four of the victims, who were in their teens, died on the spot and two others succumbed to injuries while being rushed to the hospital.As the news spread, Parliamentary Affairs Minister Bikram Keshari Arukha announced in the State Assembly that the government would pay compensation of Rs.1.5 lakh each to the family of the deceased youths.The government would also bear the cost of the medical treatment of the injured, Arukha announced.