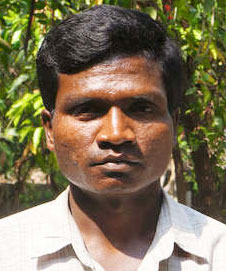 Odisha Channel Bureau Bhubaneswar, Mar 27: A tribal leader in one of India’s tiger reserves in Odisha is fearing for his safety after a wildlife official urged his community to beat him and drive him out for defending their right to remain on their land, according to Survival International.Telenga Hassa, a Munda man from Jamunagarh community inside what is now Similipal Tiger Reserve, has been leading his village’s struggle against official moves to evict them in the name of tiger “conservation”.During a village meeting in January, during which Telenga was absent, an honorary wildlife warden reportedly urged Telenga’s fellow villagers to attack him or drive him out of the reserve if he didn’t agree to their relocation.Telenga told Survival International, the global movement for tribal peoples’ rights, that during previous meetings, the same warden had shouted abuse at him and his tribe, and ripped up a statement detailing their opposition to the evictions, according to an official release issued by Survival International on Friday.According to Indian and international law, tribal peoples’ free, prior and informed consent is required before moving them off their ancestral homelands, but villagers at Jamunagarh have faced years of harassment.Last September, they reported being “threatened” and “cheated” into agreeing to leave.Telenga told Survival, “We would rather die than leave the village.The forest department is pressurising us to go – they are giving a lot of threats to us, saying things like, ‘If you try to stay we will lodge many police cases against you, we will say that you are Maoists and we’ll arrest you.’”Across India, tribal peoples are being illegally and forcibly evicted from their ancestral homelands in the name of tiger conservation.In December 2013, 32 families of the Khadia tribe were evicted from Similipal and forced to live in dire conditions under plastic sheeting.Thousands of Baiga have been evicted from Kanha Tiger Reserve – home of the “Jungle Book.”Telenga has submitted a complaint to the district police detailing the verbal abuse, threats and incitement to attack.Survival has made two submissions to the Odisha Human Rights Commission but has received no reply.Survival’s Director Stephen Corry said today, “This is just one more example of how tribal people in India are being bullied and threatened into ‘agreeing’ to leave their lands in India’s Tiger Reserves.Those, like Telenga, who are brave enough to resist these so-called ‘voluntary’ evictions, are facing appalling harassment and threats.Tribal peoples are the best conservationists; they have managed their lands sustainably for generations.Forcing them off their land is a violation of human rights and doesn’t save the tiger.”