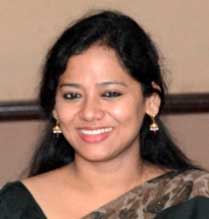 By Soumita ChakrabortyDigital media is vivid, varied and intelligible, unleashes ample of scopes to its audience for communications, marketing and networking.However, the accessibility, availability in turn usage of digital media tools varies from urban to rural – Digital Divide and men to women – Gender Divide.In spite of several significant initiatives by the state government, status of digital penetration continues to be bleak in Odisha.Of late, social media giant Facebook, has launched a programme for mobile users in India to access the Internet for free.To start with, the California-headquartered company has offered free access to 33 specific websites, including jobs, weather and news sites, reported Business Line in February, 2015.Nevertheless, Odisha with only 35.6 percent mobile phone users would have a smaller slice of benefit from this pan-India approach by Facebook.Ensuring technological and basic infrastructure, spanning from adequate telephone connectivity to bandwidth, is not sufficient to reduce the widened digital gap persisting in Odisha.Government’s policies on Information Communication Technology (ICT) need to be inclusive considering the low-income communities and the mass ignorant about the use and benefits of the digital media.Now, Digital Divide refers to the gap between those who benefit from digital technology and those who do not.The PC or personal computer penetration in Odisha is around 5 percent – nearly 4, 92,715 people out of 96, 61,085 households surveyed in Census 2011, have access to computer in Odisha.The fraction slops down to 1.4 percent when it comes to Internet penetration – access to internet connections.This pitches Odisha in the league of States like Bihar (1%), Tripura (1%), Chhattisgarh (1.2%), Madhya Pradesh (1.4%), Meghalaya (1.5%), and Jharkhand (1.5%), having lower internet users.Neighbouring States like West Bengal and Andhra Pradesh however, have secured a better off rank than Odisha, according to this report.Again, World Summit on the Information Society (WSIS), held in 2003 in Geneva, saw ICTs as vital tools for promotion of gender equality and women’s empowerment.In a state like Odisha where gender discrimination has now become a chronic social ailment and “Gender-divide” appears as a palpable consequence to this.“Gender divide” denotes the lower number of women accessing and using ICT compared to men.Though ICTs offer considerable potential for reaching women with relevant information and services, women’s ownership and access to digital media is low and constrained by gender power equations as in most other sectors in rural Odisha.In Odisha, prevalence of digital divide can majorly be contributed to the infrastructural barriers.At the same time, non-technological factors like telecommunication policies and literacy level pose equal challenge to the concern.Considering the importance of digital communications, this year State has allocated an amount of Rs.20 crore to Wi—Fi facilities in six universities, 46 government colleges and 23 non-government ones in Odisha, as part of Smart Campus Scheme.“Educational institutions would have smart class-rooms, e-library and communication-cum-language laboratories from the next academic year and soon this facility would be extended to more colleges and Universities”, said Odisha’s higher Education Minister, Pradeep Kumar Panigrahi.Government has already launched State Youth Policy with provisions of free laptops for students belonging to tribal, Dalit and BPL categories besides scholarship provision for ST and SC girls’ who want to study technical subjects.However, inadequate infrastructure has still been a grey area for the promotion and growth of ICT in Odisha.“Digital Media has become the buzz word in today’s global market.Be it IT or any other product or idea, digital media is going to help us market them globally.Even we should look forward to market brand Odisha in a big way through this medium”, said Sanjeeb Kumar Mishra, Commissioner-cum-Secretary, IT Department, Government of Odisha last year in a seminar on Digital marketing.Digital media has undoubtedly become a single window for communications, collaboration and innovation alongside being a viable platform for global marketing and promotion.This is the high time for the state to translate the significance of digital communication into a stark ICT policy pronouncement.To alleviate the consequence of digital divide, it is important to integrate the needs of poor families – cannot afford to buy computers; less-educated people – lacking ability and opportunity to learn computer skills and new technologies.Sin Chung-kai, a member of Hong Kong Legislative Council, stated in Digital Hong Kong 2005 about five main ideas as solution to digital divide – getting the disadvantaged connected, overcoming psychological barriers, overcoming practical barriers and providing funding and measures tailored for specific groups – very much pertinent in the Odisha’s context.Simultaneously, digital literacy programme is also an effective initiative to bring society on to digital platform.Information Communication tools can be easy, economic and effective for skill development once significant penetration is achieved.Digital literacy alongside the access, offer the right exposure and connectivity in turn social and economic empowerment to women.Digital divide is an existing and severe problem, of people not only in Odisha as well as nationwide and globally.In addition to the technical, infrastructural and psychological barriers, it is important to draw a common line of consensus about the problems created by the digital divide which are complicated and diversified in many fields.A robust need based situation analysis emphasising the economic, social and educational status of the beneficiary is imperative before taking up any pro-ICT scheme by the Government.The existing digital communication programmes and schemes can be extended to interior pockets of Odisha encompassing various potential user-groups for awareness building, enhancing digital literacy and skill-development.Similarly, it is the responsibility of its people to tide over the mental blockade to accept, adopt and apply Digital Communication towards making a prosperous Odisha.The author is a Bhubaneswar based Communication Professional and Researcher.Please send your feedback and comments at janatavikasmanch@gmail.com.