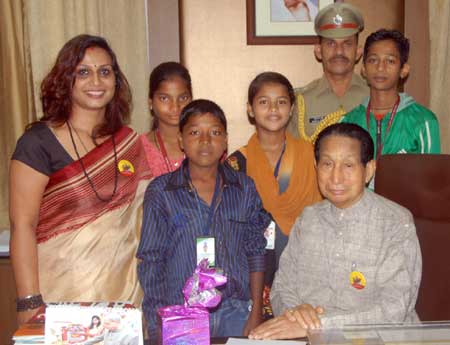 “I wish Humara Bachpan Campaign all success and prosperity to help make the voices of the children heard.I acknowledge the Charter of Demands given by the children and would formally look into it and send a note accordingly” said Jamir while he interacted with the child leaders from the Campaign.Apart from meeting the Governor the children also had an interface with Amar Patnaik, Principal Accountant General, CAG, Government of India and a charter of demands was also presented to him.The charter of demands enlisted the demands made by the child leaders to make their cities “child friendly”.These children are deprived of basic necessities of life such as safe drinking water, proper sanitation facilities, adequate living area, playgrounds for recreation facility, proper and well ventilated Anganwadi centres.All these factors deter their growth and development.“After reviewing the charter of demands, I agree with the children to make cities ‘child-friendly’.There is an imperative need to incorporate child centric components in urban schemes and policies with adequate participations of children in the process,” said Patnaik. 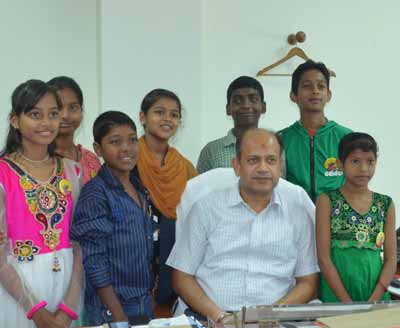 Around 200 child club members gathered at Mahinshikal Basti and Salia Sahi Basti to release balloons and celebrate the day.“I have been a part of Humara Bachpan since its inception and I feel so happy to be associated with the campaign.As a child leader I would encourage everyone to join this mission to make children’s voices heard and be a part of urban planning and implementation,” said Jasmin Nissa, 14 year old child leader from Science Park slum.Humara Bachpan Campaign has been advocating to help make the plethora of aspirations of the children a much noted reality.The campaign calls for the inclusion of children in urban governance and also helps to create a league of child leaders who would advocate for better living conditions for children living in urban poverty.“It is indeed a joyful moment for the campaign to complete 2 victorious years of advocacy.I am overwhelmed to see the response from the Government officials who have been so pro-active in terms of supporting the concept of child led neighborhood planning and giving due priority to children’s perspectives,” added Preeti Prada.