Odisha Channel Bureau Bhubaneswar, May 22: As people around the world celebrate World Turtle Day on May 23, Humane Society International/India has urged the people to help end the trade in wild turtles and tortoises by pledging not to buy these endangered species.The cruel trade of these animals has increased exponentially in recent years, which has led to turtles being easily available among pet keeping enthusiasts and peddled into pet shops and pet markets, according to an HIS release issued today. 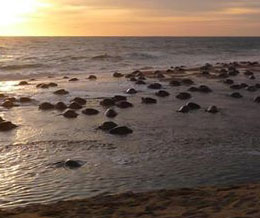 While many people knowingly contribute the trade, unsuspecting customers can easily buy these wild animals and items like turtle shell products in stores or online, thereby becoming unintentional participants.Turtles are further threatened for the huge demand of their shells and meat internationally.For centuries, hawksbill sea turtles were killed for their beautiful mottled shells, which were used to make jewelry, decorative combs and hairpins, forks and spoons, and statuettes.Turtles are also in demand among the practitioners of Feng Shui, under the superstition that the keeping of these animals as pets brings good luck.N.G.Jayasimha, managing director for HSI/India, said, “Pet markets and aquarium shops keep turtles and tortoises in extremely cruel conditions.Often, the tanks are full of dirty water and customers are allowed to freely touch these animals.This poses a tremendous health risk to humans and causes severe stress to the usually starved animals that live in overcrowded spaces.Many of the turtles sold from such markets are then taken into homes that have neither ample understanding nor adequate resources to give these animals a comfortable life.As a result, the life expectancy of these naturally long-lived species is tremendously cut short in captivity.We urge consumers to consider these facts and stop buying these animals or any products which are made from any parts of these animals.With increased understanding of the impact of the exotic pet trade on the survival and welfare of turtles, HSI/India is hopeful that enforcement agencies and the general public shall be more vigilant of the needs of these animals, which are among the oldest inhabitants of the planet.HSI is working hard to help save these endangered species.It is also directly involved with the protection of Olive Ridley sea turtles, which are threatened by high levels of poaching for their eggs.HSI’s work since the past three years with Action for Protection of Wild Animal (APOWA), a local organization in Odisha, has ensured that in 2014 alone, 36,029 hatchlings were successfully released to the sea.