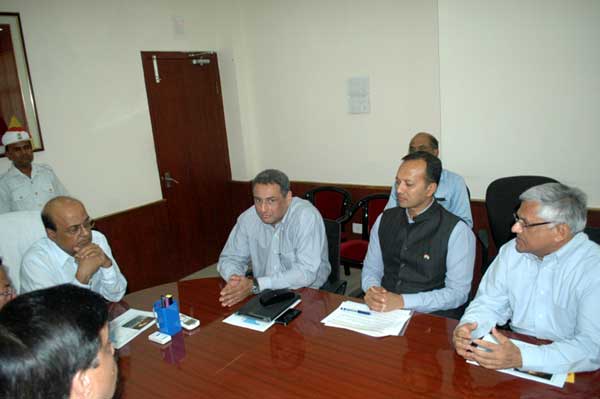 According to a press release issued by the ISA, The challenges presented by the delegation were:The steel industry is going through a rough patch with all the major players incurring major losses and hand-holding from the Government of Odisha was requested.1. Iron Ore & Chrome availability was very low, leading to very high prices.This is not supporting the domestic steel industry.ISA members requested for support for • Iron Ore Production by Odisha Mining Corporation (OMC) and merchant miners should be enhanced• Consideration for keeping low DMF to lessen the burden on Steel Industry• OMC should allocate iron ore & chrome to MoU signed steel plants on priority basis2. Initiative taken by the Government for E-Auction of Road Transportation Contracts would rationalize the transportation rates and make Odisha Steel Producers more competitive• Cartelization efforts for road transportation should be effectively handled to bring overall logistics costs to realistic levels.Firm steps requested from the Government3. Water charges should be as per actual usage not as per allocation.The proposed one time infrastructure charge of Rs.2.5 crores per Cusec should not be loaded on the industry 4. State Government through GRIDCO should support captive power plant in terms of timely payment 5. Expedite approvals through project monitoring so that enabling provisions being attempted by industry like slurry pipeline, beneficiation plants, private ports, railway sidings, water pipeline etc are approved in a timely fashion by various government departments.“I am happy to be part of the first meeting of the Indian Steel Association with the Government of Odisha at the level of Chief Secretary.The member steel companies have invested more than Rs.1,25,000 crores in the, state generating about one lakh employment and have consistent contribution to the growth of the state.The issues discussed with the Chief Secretary have seized his attention and we are hopeful of immediate and sustainable solutions,” said Naveen Jindal, Chairman of JSPL after the meeting.“During the next meeting issue wise discussions with the government will be taken up at the highest level and I am confident that the Odisha steel industry would become stronger,” added TV Narendran, Managing Director of Tata Steel.The Secretary General of Indian Steel Association and former MD of Rourkela Steel Plant expressed a strong note of optimism over the outcome of the meeting and said that the Indian Steel Association will remain in constant touch with the Government to update the developments and to make the partnership of steel industries and the Government more vibrant.During the meeting, the Chief Secretary informed that during auction of non-coal blocks, the State Government has been considering for giving preference to state based steel industry, which has already made substantial investment and generated employment in the state. Government is also actively considering for giving right of way for laying underground water pipeline/slurry pipeline to expedite project work, Pati added.Indian Steel Association has been formed by major public and private sector steel producers of India.All the eight integrated Steel producers of the country, those with a production capacity of 2 million tonnes and above are members of this Association.