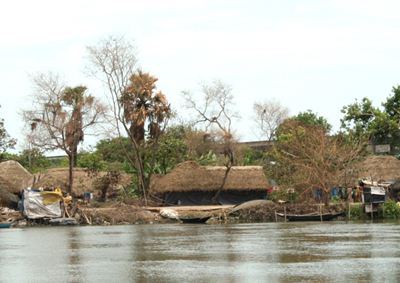 Odisha Channel Bureau Paradip, July 27: In a bid to arrest mounting environment pollution, Odisha Government has drawn up a blueprint to expand green cover in and around Paradip.The port city is fast emerging as a bustling industrial hub with investment both from the private and government sectors in a number of ventures. Plantation activities would be taken in 10 km radius stretch.Officials of district administration, state pollution control board personnel and representatives of industrial houses have reached out a consensus in further expanding greenery in the Paradip port township, said officials.It has been found in the past that the ambient air quality both in and outside inside and the industrial plants have deteriorated from the prescribed limits.As a measure to curb air pollution, a comprehensive plan has been chalked out to raise trees in newer areas stretching up to 10 km radius.The industrial units have accorded consent to the proposal.The plantation drive would be undertaken by the industries including the port from their respective corporate social responsibility (CSR) funds, said Paradip Additional District Magistrate, Ramakrushna Sahu.The administration would provide the required land for the purpose for the plantation programme.The site selection process for the proposed plantation exercise would commence shortly.The barren patches devoid of tree cover would be converted into green belts, he added.As per amended environment law, each of the industrial units has to raise 33% of the acquired land into green belt.The proposed plantation would not include the patches already covered by plantation, Regional Officer, Odisha State Pollution Control Board, Prasant Kumar Kar. OSPCB had made an on-the-spot investigation on prevailing air pollution in Paradip.It had also filed cases against the erring plant managements under Air (Prevention and Control of Pollution) Act, 1981 provisions, he added.Extensive greenbelt has been developed in an area of 580 acres land.Till date approximately 6.5 lacs trees have been planted in and around Refinery & Township.This green belt will act as a natural pollution sink and help to reduce emission of dust, heat, noise beyond plant boundaries, informed Paradip oil refinery, Manager (Corporate Communication), Sangram Mishra.Air pollution sourced from industrial areas has emerged as a major health hazard in Paradip.Spurt in respiratory ailments has become a matter of deep concern.Dust particles emanating from industrial units and port areas often envelop the skyline here.Massive tree plantation has become the need of the hour to curtail the pollution agents.It may be recalled here that a sub-committee of the Odisha State Assembly had earlier expressed concern over growing environment pollution in Paradip and called for formulation of a long-term environment management plan.