Odisha Channel Bureau Paradip, Aug 26: Thanks to Orissa High Court’s intervention, long-standing dispute between the Paradip port Trust and Odisha government has been resolved.The dispute was almost five-decade long.Both the major port and government agencies had to bear the brunt of land row.While port had failed to implement its infrastructure development projects in right direction, Paradip municipality that falls within the port could not execute public utility projects despite flush with funds. 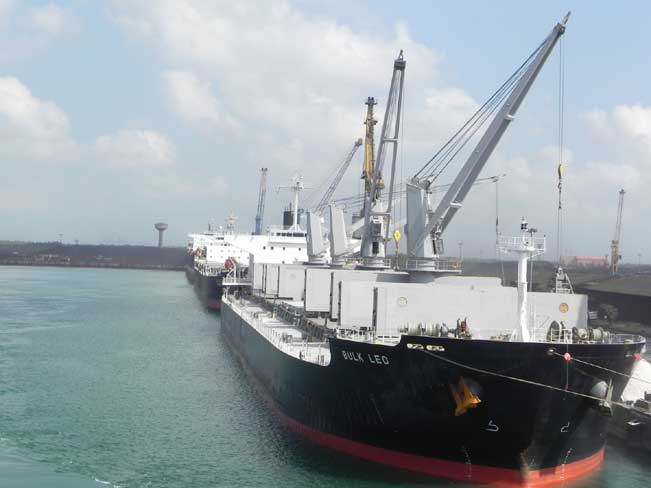 While the State Government had handed over the major port to the union government in 1965, the formal land transfer could not be affected for these years on the technical grounds.Points of differences were put to rest as Orissa High Court disposed off the writ petition pending in this regard.Orissa High Court in an order dated 20.08.2015 has disposed off the writ petitions with a direction to served to the Orissa government and PPT to complete the land transfer process in accordance with 30 January high-power committee meeting.In according with court ruling, 6285.58 acres (Sandhakud 4356.03 acres, Bhitaragarh 1477.38 acres, Bijayachandrapur 57.73 acres and Nuasandhakud 394.40 acres) would be transferred or alienated without any lease in favour of Paradip Port Trust, the port officials told.As per HC direction, Odisha Government will remain in possession of 597.80 acres in four revenue villages within the Port limits for their use, which includes 405.00 acres of land under occupation of Paradip Phosphates Limited.The extent of 158.52 acres of land in revenue village Bhitargarh which is at present used as approach road to PPL would be developed as Multi Modal Transport Corridor (including rail corridor) on mutual consent, the PPT official added.Strictly abiding by HC ruling, PPT has requested the Jagatsinghpur district administration to alienate of 6258.58 acre of land in port records while adhering to land mutation technicalities.The disagreement dated back to 18 May 1966 when it was accorded the status of country’s eighth major port under major port act, 1963.Though flush with funds, Paradip municipal administration has failed to set in motion urban development projects following unavailability of required land.The crux of the problem was that sizeable parts of the municipality come under the administrative control of the Paradip Port Trust.Dispute over the ownership of land has made the matter worse as both the PPT and municipality authorities are laying claim and counter-claim over certain patches of land.Settlement of dispute is a positive development.It would lead to early launch of various urban development projects, lying idle due to continuing land dispute.