Odisha Channel Bureau Bargarh: Starting his two-day visit of Odisha, Congress vice-president Rahul Gandhi on Thursday accused the Narendra Modi Government for favouring a few industrialists and ignoring farmers of the country.Addressing distressed farmers at Debahal and displaced tribals at Rengali, Gandhi mocked the Modi Government for neglecting the farmers, tribals, women and youths of the country.Where are the Achhe Din (good days), he asked.The Congress fight for the cause of the farmers and tribals, he said. 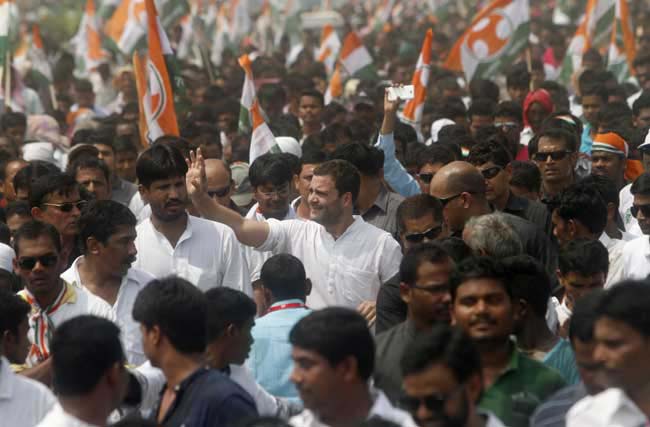 Before starting his padyatra from Debahal, Gandhi also visited the family members of Sananda Kathar, a farmer who had committed suicide, and interacted with other farmers of the locality.More than 30,000 farmers and Congress workers and supporters took part the in `save farmer march’ from Debahal to Attabira covering a distance of over six km.Almost all senior leaders of the party in the State led by Pradesh Congress Committee president Prasad Harichandan participated in the padyatra.In his address, the Congress vice-president said farmers and labourers had reposed faith in Narendra Modi who assured of ushering in Achhe Din.But Modi forgot them in just two days after he became the Prime Minister, he observed.Gandhi said that the Narendra Modi had tried hard to change the land acquisition law that was enacted by the UPA Government with the sole motive of taking away the farmers’ land for corporate houses without taking their consent and without paying adequate compensation.When corporate houses are being given waivers by the Modi Government, it has not bothered about waiving the loans of the peasants, he alleged. 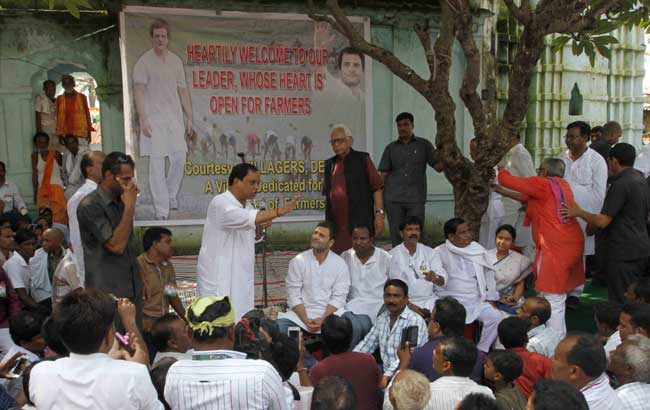 He also criticised Prime Minister Narendra Modi for not taking any action against Rajasthan Chief Minister Vasundhara Raje and External Affairs Minister Sushma Swaraj for their alleged link with Lalit Modi.Gandhi also flayed Odisha Chief Minister Naveen Patnaik for compromising with Narendra Modi on various issues, including the mega chit fund scam.He said through Odisha received maximum funds during the UPA rule at the Centre, the money did not reach the poor.They allowed loot of the mineral resources of Odisha, he added.