Durga Puja gets underway in Odisha

Odisha Channel Bureau
Bhubaneswar: With Navaratra in progress after observance of Mahalaya a few days ago, the annual Durga Puja celebrations marking the arrival of Goddess Durga got underway today. The worshipping of Maa Durga began at hundreds of pandals across the State on the occasion of Maha Shasthi. Large impressive pandals have come up at various locations in Cuttack, Bhubaneswar, Puri, Paradip, Jajpur, Balasore, Sambalpur, Rourkela, Jharsuguda, Balangir, Bhawanipatna, Koraput, Rayagada, and Berhampur. 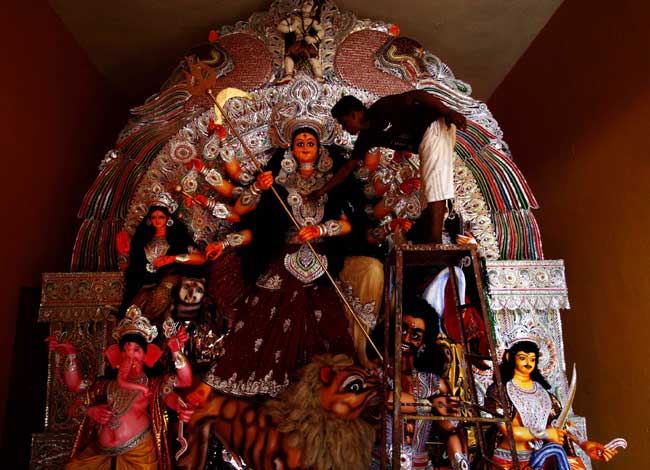 The five-day-long puja Silver city of Cuttack and the temple city of Bhubaneswar is likely to witness lakhs of people visiting the puja pandals that have been built on different themes and as replicas of various historic monuments.The Durga Puja symbolises the commemoration of good over evil as Goddess Durga had killed the demon king Mahisasur.The effigies of Ravana will also be burnt on the evening of Dussehra on Friday evening. 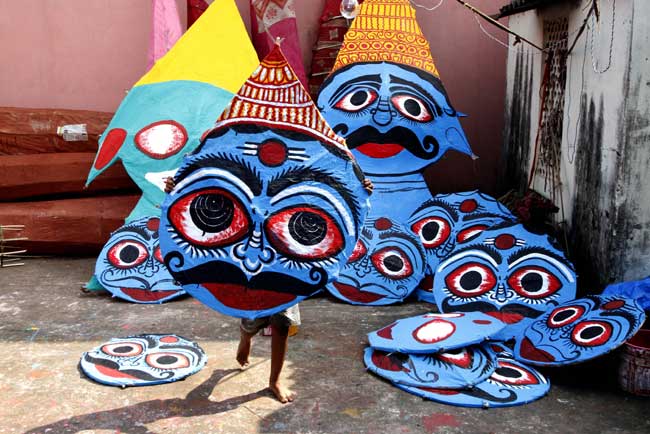 The number of Chandi Medha (silver tableau) has increased to 18 this year in Cuttack.At several pandals, the Durga idols have crowns made of gold. The Commissionerate police have made elaborate traffic and security arrangements to ensure smooth conduct of the celebrations. Additional security personnel have been deployed to be on duty in the evening hours when melody programmes and rendering of devotional songs will be organised at various prominent pandals in the twin-city.Even though Odisha has been facing severe shortage of electricity, the authorities have announced to ensure uninterrupted power supply during night time. The immersion of the idols of Maa Durga will be carried out on Saturday.