Odisha Channel Bureau Bhubaneswar: As the sceptre of drought looms large in most parts of Odisha, two more farmer suicides reported from Balangir district today.The number of such farm suicides during the past few weeks threatens to cross 50 soon.At least nine suicides by debt-burdened farmers were reported from different districts between Sunday evening and Tuesday evening, according to reports. 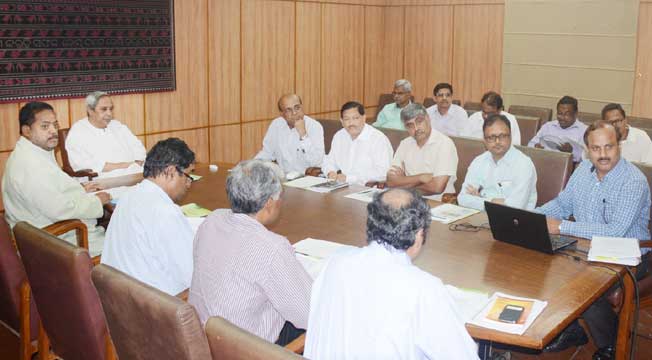 A day after suicide of seven farmers were reported from Keonjhar, Dhenkanal, Bargarh, Bhadrak, Ganjam districts, two other suicides were reported from Tureikela and Sindhekela areas of Balangir on Tuesday.Even though the Naveen Patnaik Government was in no mood to accept the fact that the farmers’ suicides are due to crop loss, opposition parties and farmers’ organisations are up in arms to highlight the Krutibash Gahir of Ramudu village under Tureikela block of Balangir committed suicide by consuming poison following paddy and cotton crop loss.Gahir, who was overburdened with loans, died at the Patnagarh hospital where he was admitted after he consumed poison in the morning.Another distressed farmer Parikshit Nag died at Mission Hospital in Khariar.He too had suffered crop loss due to drought and was burdened with loans from different sources.Nag, who hailed from Batharala village under Sindhekela area, had consumed poison on October 25 and was admitted to the hospital that day.Meanwhile, hundreds of distressed farmers staged protest demonstrations at Lanjigarh and Kantamal demanding immediate assistance to the drought-hit farmers.Union Minister Jual Oram also visited drought-affected areas in Sundargarh district during the day.Opposition Congress, BJP and farmers’ organizations such as Paschim Odisha Krushak Sangathan Samanwaya Samiti and Navnirman Krushak Sangathan have demanded that Chief Minister Naveen Patnaik take immediate measures to help the distressed farmers.On the other hand, the State government is contemplating a series of measures to create an impression that it has been doing many things to help the farmers in distress across Odisha.The assurance by Chief Minister Naveen Patnaik to the debt-burdened farmers and a special package for the drought-hit regions has not helped in preventing farmer suicides in the State.Though Agriculture Minister Pradeep Maharathy has visited some drought-hit areas, Patnaik has not made any such visits so far.Neither Patnaik nor any other Minister of the State has visited the houses of farmers who have committed suicide during the past few weeks.