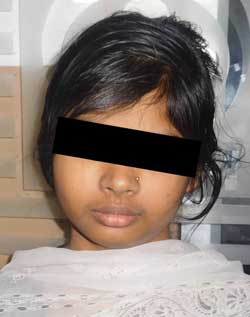 Odisha Channel Bureau PARADIP: Plight of a 16-year-old girl allegedly forced to flesh trade by none other than her husband has created sharp reaction in Odisha’s Jagatsinghpur district with police arresting the perpetrator of the sadistic crime.The victim was kidnapped and was forced to flesh trade in southern metropolis Chennai after which she had managed to escape from the confinement.She was spotted in distressed and distraught state in Bhubaneswar railway station with child-line activists rescuing her on November 29.With the arrest of offender Judhistir Pradhan, the traumatized ordeal of the minor girl has come to the fore, sparking off outrage in Paradip and adjoining areas.She was provided shelter at a short-stay home in the State Capital.Subsequently the child welfare committee (CWC) intervened and the victim, still in a state of shock, revealed the harrowing physical and mental inflicted upon her by the accused and his accomplices.She was sexually abused for a prolonged period of time, said CWC member Pratima Satpathy. “Basing on the First Information Report lodged by CWC, police swung into action and arrested the accused from Paradip port township,” said Kujang Police station Inspector Chinmoy Rout.She had fallen prey into a prostitution racket.Incidentally, the kingpin of the racket was the arrested accused Pradhan.The victim had been sexually tortured in Chennai and Bhubaneswar, inspector Rout said.Both the accused and the victim hailed from Kathakota village under Kujang police station jurisdiction.The accused had laid a trap and had kidnapped her on the pretext of marrying.She was taken to Chennai, where she was thrown into flesh trade.Later the victim had fled from captivity of tormentors.Consequently, the accused was forced to marry the victim after the local panchayat intervened.However, the accused did not mend his ways and forced her to indulge in prostitution.The victim was second time lucky as she had managed to flee from the clutch of captors, police said quoting the contents of FIR.The matter is being thoroughly investigated as it appears to be a well-knit sex trade racket.The accused is being questioned.We are hopeful of arresting more persons involved in the unsavoury incident, added Inspector Rout.