Bhubaneswar to have flower market 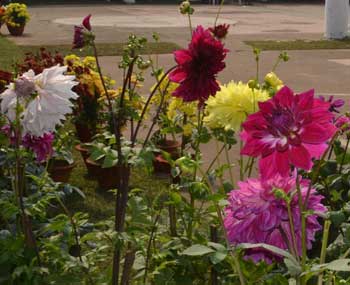 Odisha Channel Bureau Bhubaneswar: It may take many more years for the Capital city of Bhubaneswar to actually become a Smart City, but the city is all set to have floriculture market which would meet the requirements of the people.Finance Minister Pradip Amat has announced that the government has proposed to establish a floriculture market in PPP mode at Bhubaneswar so as to provide proper linkage between the producer community and the entrepreneur.Similarly, it is also proposed to set up a company for marketing of fruits and vegetables, Amat announced in his speech while presenting the budget for 2016-17 on Friday.At present, Bhubaneswar depends heavily on other cities such as Kolkata, Bengaluru, Delhi and Hyderabad for flowers.Kolkata remains the main city for import of flowers every day.The number of flower growers has been increasing in Odisha in the recent years and the proposed floriculture market in Bhubaneswar is likely to provide the much needed scope.