Odisha Channel Bureau
Bhubaneswar: The GAIL–Indian Speedstar state level camp and trials in Bhubaneswar will be organized at Kalinga Stadium here on March 31 and April 1.There will also be trials on March 31 for wild card participants who missed out the opportunity to participate in the district level trials. The selected wild card participants will then compete with the shortlisted athletes at the district trials from Bhubaneswar. 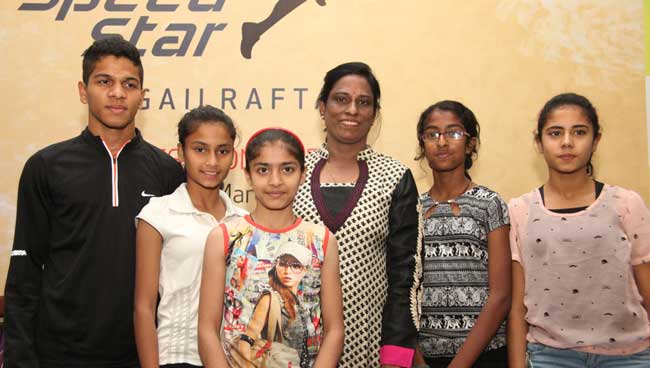 The following are the details for the trials of the wild card participants:• Date and Time: March 31, 2016 | 7AM onwards• Venue: Kalinga Stadium, Nayapalli, BhubaneswarAt initial stage of selection process, trials at district level were conducted under the guidance of coaches and selectors appointed by the committee and selection will be based on talent identification and criteria set by the committee.A total of 2696 children participated from different districts of Odisha like Angul, Jajpur, Ganjam, Cuttack, Khurda and Sundargarh.Out of these participants, 108 kids have qualified for the state level trials.The first State level camp and trial was organized on February 27 and 28 in Jaipur, Rajasthan where 60 boys and girls participated out of which 4 have qualified for the next level.

The remaining state trials will be held in Kerala, Jharkhand, Maharashtra, New Delhi and Gujarat this month.The shortlisted children from the State trials will then participate in the National camp and selection which is scheduled to be held in May 2016 at Jawaharlal Nehru Stadium, New Delhi.The top 9 athletes who meet the benchmark set by the National selection committee headed by the legendary P.T.Usha with the other members being Olympians, Rachita Mistry, Anuradha Biswal and Asian and Commonwealth Games medalist, Kavita Raut, will be provided specialized training so as to prepare them for the 2020/2024 Olympics.

GAIL-Indian Speedstar is a CSR initiative by GAIL (India) Limited which aims to spot, screen, select and groom young athletes in the age group of 11-17 years in 100m, 200m and 800m track events across the country. The event is organized by National Yuva Cooperative Society (NYCS) as part of nationwide campaign to find out athletes for 2020/2024 Olympics.The initiative in its first year kick-started earlier this year with initial trials conducted at 55 districts across 10 states in which more than 25,000 children participated out of which 850 children finally made it to the State level Camp and Selection. National Yuva Cooperative Society has tied up with M/s Anglian Medal Hunt Company as its Technical Partner for this project.