Grievance Cells to remain closed due to heatwave 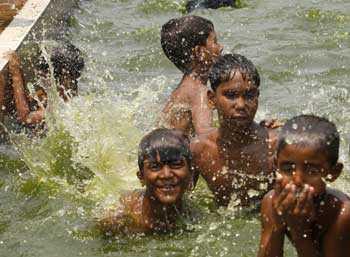 Odisha Channel Bureau Bhubaneswar: With an intense heatwave sweeping Odisha, the Chief Minister’s Grievance Cell that remains open on every Monday will remain closed from April 18 till further orders, the government announced on Tuesday.The people who wished to visit the Grievance Cell of the Chief Minister can send their grievance through telephone number 0674-2530700 or e-mail to cmgcodisha.gov.in till the Grievance Cell remains closed.Although Chief Minister Naveen Patnaik has not been coming to the Grievance Cell in the recent years, senior officials remain present to hear people’s grievances.Likewise, the Grievance Cell of the District Collectors would also remain closed due to the heatwave.The telephone numbers and e-mail ids of the District Collectors will be published in newspapers soon, according to a press release issued by the Chief Minister’s Office on Tuesday.The State government has instructed all schools to suspend classes till April 20 due to the prevailing heatwave.An unprecedented heatwave has been sweeping most parts of Odisha for the past several days.Several places, including the Capital city of Bhubaneswar have been experiencing maximum day temperature of over 40 degrees Celsius.Bhubaneswar had recorded the highest ever temperature of 45.5 degrees Celsius on Monday.