With eyes set on bauxite, Vedanta agrees to build hospital in Odisha

Odisha Channel Bureau
Bhubaneswar: Vedanta Limited, which operates a 1 mtpa greenfield alumina refinery and an associated 75 MW captive power plant at Lanjigarh in Odisha’s Kalahandi district, has agreed to spend Rs.100 crore to develop infrastructure for a hospital in the district that would be actually run by the Naveen Patnaik Government. The company’s chairman Anil Agarwal readily agreed to Chief Minister Naveen Patnaik’s request to bear the cost of building the hospital when they had a meeting at the State Secretariat here on Tuesday. 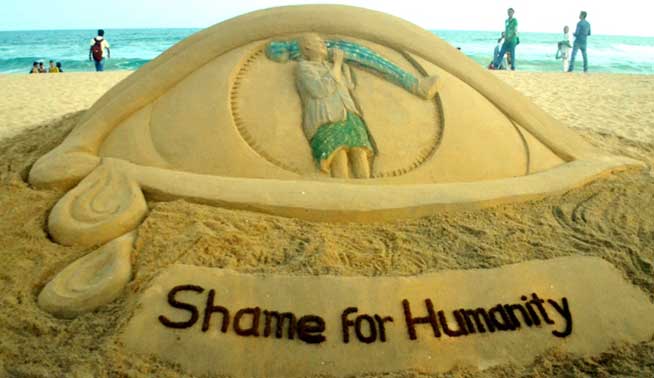 Patnaik also directed the officials concerned to start the process for ensuring bauxite supply to Agarwal’s controversial alumina refinery that is located in close proximity with the gigantic Niyamgiri which is worshipped by the Dongria Kondh tribal people living in the hamlets tucked into the hills.Vedanta, which had earlier set its eyes on the Niyamgiri hills to extract bauxite ore through a joint venture with the Odisha Mining Corporation, has been requesting the Odisha Government since long for an alternate source for bauxite.Vedanta had lost hopes to get Niyamgiri for bauxite mining after the tribals opposed the proposed mining in the gram sabha meetings that were conducted as per the orders of the Supreme Court of India.

Impact of the death of tribal man Dana Majhi’s wife Interestingly, for Patnaik it was a golden opportunity to seek Vedanta’s help to build the government hospital in Kalahandi when his government had earned a bad name with media worldwide publishing the story of tribal man Dana Majhi’s carrying his dead wife’s body on his shoulders to cover a distance of 15 km to reach his village.Dana Majhi had carried his wife’s body a few days ago after he was denied help by the staff of the Kalahandi district headquarters hospital located at Bhawanipatna town.

His wife had died due to tuberculosis. The video footage of Dana Majhi carrying his wife’s body with his 10-year-old daughter walking along had gone viral in social media causing a severe dent to Patnaik’s image.The Dana Majhi episode proved that not much had changed in the healthcare and service delivery system in Odisha under Naveen Patnaik’s rule since March 2000.

Caught on the wrong foot, Patnaik launched the Mahaprayan scheme to ensure transport of dead bodies from various government hospitals across the State.And it was soon found that people have to pay to avail benefit of the scheme.The State government is yet to have clear rules about making the service free for poor people whose economic standards had shown little improvement since Patnaik came to power more than 16 years ago.