Odisha Channel Bureau
BHUBANESWAR: The Human Rights Forum (HRF) and the Ganatantrik Adhikar Suraksha Sanghatan (GASS) have demand that Greyhounds police personnel responsible for the killing of 27 Maoists and at least four civilians on the early morning of October 24 in the forest abutting Ramaguda village of Andrapalli panchayat in the cut-off area of Malkangiri district in Odisha be booked under relevant penal sections of the law including 302 IPC (murder) and the SC, ST (Prevention of Atrocities Act) and prosecuted.The criminal investigation in the case must be handed over to either the Central Bureau of Investigation (CBI) or a Court monitored Special Investigation Team (SIT).

This SIT must consist of officers with impeccable credentials and untainted by earlier “encounter” killings, they said. 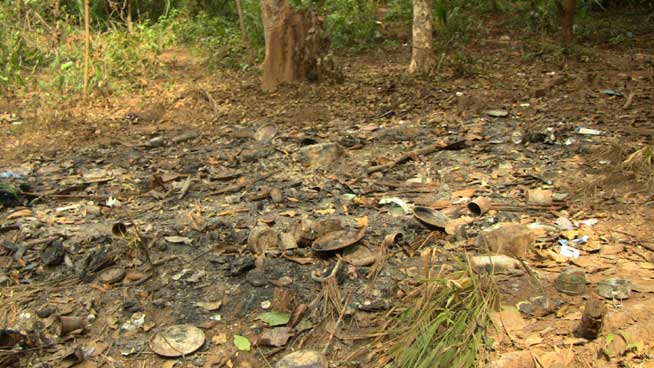 A four-member HRF and GASS team visited the place of firing by Greyhounds personnel on November 4.“We spoke with adivasis in the area including residents of Gusumapadar and Ramaguda, a small village which is located quite close to the place of killings.”“Contrary to the assertion by senior police officials in both Andhra Pradesh and Orissa that the deaths were due to cross-fire, we believe they were the result of unilateral one-sided firing by the Greyhounds.That the Maoists opened fire first and the Greyhounds were forced to retaliate resulting in the deaths is pure fiction.” “It is our firm belief that the Maoists were taken totally by surprise and the fatalities, 31 in all at present count, were the result of a murderous attack by the Greyhounds.”

The Maoists had set up camp a day before in a fairly dense forest area at the southern tip of the Jantri reserve forest.At about half a km from Ramaguda, the camp was located next to a stream and the hillock rises to the east and north.

To the west is open ground and next to it are the placid waters of the Balimela reservoir, they noted in their press release issued to the media on Monday.“At the break of dawn on October 24, the Greyhounds, who were positioned at a height to the east and north in a semi-circle, opened fire killing 24 at the camp site itself.The others camp inmates ran in the opposite direction crossing the stream and going towards Ramaguda and beyond where the thick growth stretches into the Kondakamberu reserve forest.” “What is pertinent is that the Greyhounds who were well-armed could have arrested the Maoists but they did no such thing.

They not only outnumbered the latter, but were clearly in an advantageous position on higher ground.What is more, they had the element of surprise.But as has been their practice all these many decades, the Greyhounds began firing with the express intention to liquidate those present in the camp.” “The day after, the police announced that four more Maoists were killed in yet another encounter in the area.We believe this to be untrue. What likely happened is that they found the bodies of four persons who were injured in the firing of the previous day.

The police once again proclaimed that two more Maoists had died in another encounter on October 27.This is yet another falsehood.”“Local residents told us that after the Greyhounds left the area and the Maoists came a few days later and discovered yet another body near a rivulet.This was of a young man, a civilian who was resident of Bachilipadar, also in Andrapalli panchayat.Word was sent to his village and after his parents arrived, Ramaguda villagers helped them cremate the body near the reservoir. The toll at the moment is a total of 31 persons killed.”“Senior police officials pointed out to the death of a Greyhounds commando and a bullet injury to the leg of another to buttress their claim that the Maoists had opened fire first and the police fired in self-defence.However, the Andhra Pradesh DGP has stated that the death of the commando was because he had drowned in a deep pond.

It is also possible that the injury to the other commando could have been caused by a bullet fired by one of his colleagues.”“In the matter of alleged encounters, the police, particularly the Greyhounds, have nothing to commend themselves.This is a commando force that was raised with the sole intention of shooting down Maoists as if they are wild game.Time and again they have attacked gatherings and killed people, including many civilians.” “We recall the recent killing of two adivasi farmers – Ganga Madkami (40) and Ganga Podiami (33) – by the Greyhounds on the afternoon of February 21, 2016 in the Puttakota forest area of Koyyuru mandal in Visakhapatnam district of AP.On that occasion the police peddled the fiction that the two, who hailed from Balakati and Tumsapalli villages of Korukonda block of Malkangiri district, as being members of the Galikonda area committee of the Maoists! One can go on citing many such examples.”

“At present, there is a pall of fear that is strikingly evident in the area with residents very afraid to speak out.What is very worrying is that the whereabouts of 14 adivasis from villages located across three panchayats –Andrapalli, Panasaput and Jodamba – are not known.“ “According to information we could gather, 9 of them are from the village of Dhakerpadar, two from Bachilipadar and two more from Khajuriguda. Their relatives fear they are either in police custody or are lying dead somewhere in the forest after having been hit in the October 24 raid. What is noteworthy is all of them are civilians and not armed Maoist cadre.Many of them may have been in the camp because the Maoists were involved in recruiting people as militia members from several villages.

In fact, two Maoists had come to Ramaguda on the night of October 23 asking that four youth come to the camp the next day for a meeting.We urge Central and State governments to desist from viewing the Maoist movement as a mere outbreak of criminality but as a political movement and to deal with it politically.” “It must be acknowledged that this movement, though it does employ violence to further its goals, is one that has deep roots in material deprivation, social oppression and lack of freedom. The police do have the role to meet this violence by the Maoists but only in a manner that abides by the law and is respectful of the rights of people.

It cannot resort to staged encounter killings and torture, among other illegalities.”“Government must stop its ongoing policy to try to decimate the Maoists militarily.Serious efforts must be made by both the Government and the Maoists to initiate steps that would lead up to an unconditional dialogue,” said VS Krishna, HRF general secretary, AP&TS, and Golak Bihari Nath, GASS President, Bhubaneswar, Odisha.