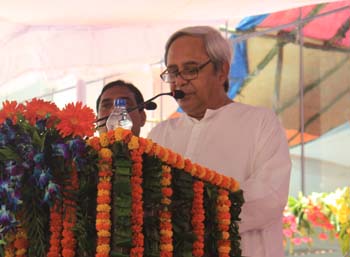 Odisha Channel Bureau Bhubaneswar, July 7: Xavier University, Bhubaneswar (XUB) was inaugurated by Odisha Chief Minister Naveen Patnaik on Monday.After formally inaugurating the new university by unveiling the plaque and launching the university website, Patnaik highlighted the commitment of his government to promote higher education in the state of Odisha.He raised the issue of improving the quality of higher education in the country and underlined the role of private universities in the same.The Chief Minister stressed the need for a youth policy to harness the energy of a young and growing State like Odisha and wished Xavier University would develop research as one of its core competencies.The new campis of the new university is located at Nijigarh, Kurki on the outskirts of Bhubaneswar.Paul Fernandes, Vice-Chancellor and Director, XUB recalled his meetings with the Chief Minister and the passing of the Xavier University Bill 2013 which paved the way for the establishment of the university.He announced that Xavier University would embark upon a mission to churn out professionals, well-formed and capable, to transform the society and be the light for the world.He announced that Xavier University, in its quest to be the front-runner in research, had already admitted 27 doctoral students and highly qualified faculty to guide them.The university also starts as the leader in the country in terms of the technical infrastructure – Data Center, Xavier One Portal, Xavier University Cloud, Video Book, EduERP, Data Analytics and Big Data Lab and a Social Media and Cloud Computing Lab, put in place with the help of leading corporates.He reiterated the university’s commitment to creating a ‘good, well-ordered society’ and expressed hope that the university would transform into Xavier Open University soon.Xavier Institute of Management, Bhubaneswar (XIMB), the 27-year-old reputed Business School is the flagship institution of XUB.Apart from management education, XUB has proposed to set up other schools of higher learning in areas such as public policy, sustainability, finance, media education etc.and centers of research in public policy and others.