Bhubaneswar: It may sound strange, but it’s true. As many as eight of the 10 major shopping malls in the Capital city were on Saturday found to be lacking fire safety arrangements. 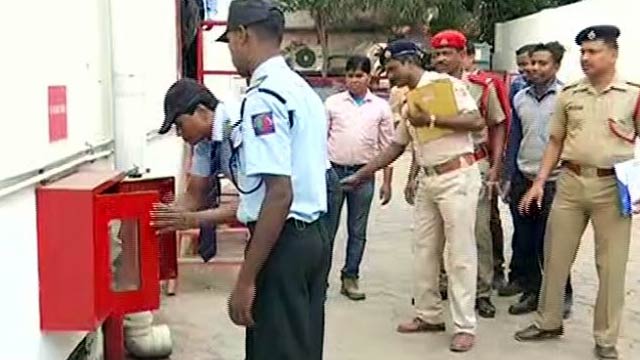 The fire safety audit was intended to check whether the buildings housing the shopping malls have enough exit routes and exit signage boards, alternative evacuation plans in case of power failure, and efficacy of fire safety equipment and house-keeping department, among others and necessary approvals from Bhubaneswar Development Authority.

Surprisingly, it was found that of the 10 shopping malls where inspection was conducted, only two were found to be having fire safety arrangements in place.

The remaining eight malls did not have any fire safety mechanism in place and had no fire safety certificate with them too.

Those running the eight malls had not even applied for fire protection licence, according to State Civil Defence Director Bijay Kumar Sharma.

“Most of the shopping malls do not have adequate exit signages to lead the occupants to places of safety in case of any emergency. Notices shall be issued to the defaulting malls to fulfill the shortcomings within specified time period. In case of non-compliance, further legal action, including sealing of the premises, shall be initiated,” Odisha Fire Services said in a press release.

“In some places, fixed fire fighting installations/fire extinguishers are available, but few other equipments are necessary to be installed. Besides the open spaces, corridors, escape routes etc were found to have been blocked which possess danger to life & property. Good housekeeping, which plays a vital role in fire safety, was not found.”

It may be noted here that Odisha government has enacted the Odisha Fire Prevention and Fire Safety Rules, 2017 which have come into force on October 4 last, 2017.

The inspections were conducted in pursuance of the rules to verify preparedness of the mall owners to meet fire eventuality and also to create awareness about fire safety requirements in the shopping malls. – Odisha Channel Bureau