Biju Patnaik’s Dakota aircraft to be brought to Cuttack

The abandoned Dakota DC-3 is now parked at Kolkata airport since 1947. 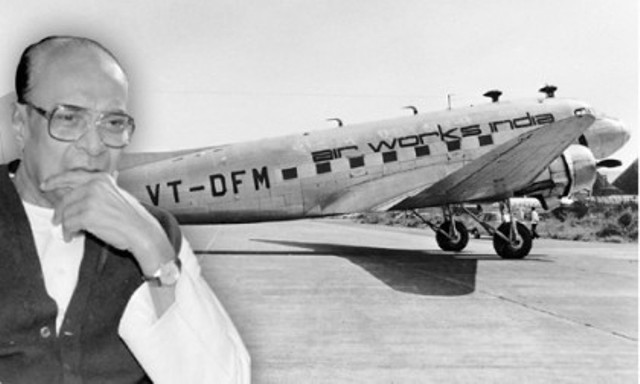 Sources said that the talks are underway with airport authorities of Netaji Subhas Bose International Airport in Kolkata for the purpose to bring the aircraft to Odisha, Odisha Sun Times reported on Sunday.

The Dakota aircraft, which is closely associated with Biju Patnaik, will be parked near the Biju Patnaik Museum at Anand Bhawan in Cuttack, sources said.

Former CM Biju Patnaik, who was known for his daredevilry act as a pilot, had formed the Kalinga Airline in 1947. The airline had 15 Dakota planes parked in its headquarters Kolkata. The aircrafts were chiefly used by the army for transport of jawans deployed in Kashmir. Kalinga Airline’s DC-3s were also used to drop supplies at north-eastern area of the country. and providing services to the army personnel in north-east area of the country.

Patnaik came to limelight after he rescued former Indonesian Vice President Muhammad Hatta and Prime Minister Sutan Sjahrir from their enemies on July 22, 1947. He was credited with making the landing at Srinagar on Oct 27 in the year.

Later, the Indonesia government acknowledged his contribution by honouring Biju Babu with ‘Bhumi Putra’ title for his chivalry.