Odisha Channel Bureau
Bhubaneswar: A Radio on Wheels campaign was launched by Radio Namaskar, the first community radio of Odisha on Sunday.

In this campaign, a van will move around Konark town in Odisha’s Puri district with radio. It will also carry Namaskar, the community newspaper along with RTI, NREGA form and other government forms and guidelines. 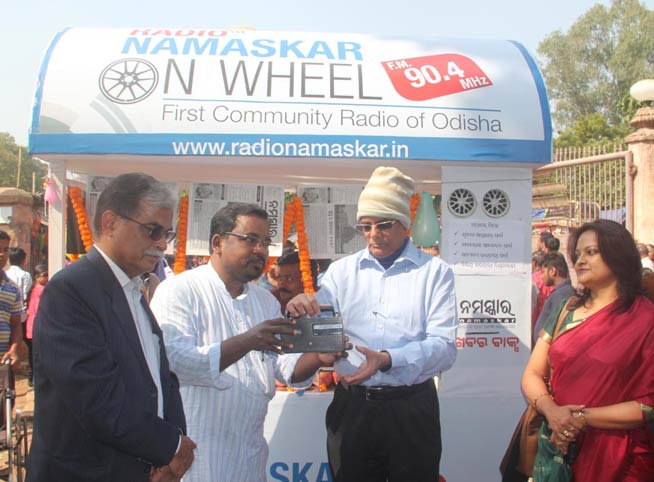 The innovative and unique campaign by Radio Namaskar to reach out to the community was inaugurated by R. Shreedhar, eminent community radio Guru and Brahmanand Brahma, economist.

Every radio station can think of replicating the same, Dr Shreedhar said.

This campaign has been started with one van now which will move around Konark. In future, 20 such vans will be placed in nearby towns, according to N. A. Shah Ansari, chairperson of Radio Namaskar.

This is to note that Radio Namaskar, the first community radio of Odisha was established at Konark in February, 2010 and continuing broadcasting successfully.

For its innovative and effective broadcasting, Radio Namaskar has received several awards and recognitions from Government of India and several national and international bodies.

A campaign titled MissionCR314 has also been initiated by Radio Namaskar, which aims to encourage civil society organisations to establish community radios in 314 blocks of Odisha.