Odisha Channel Bureau
Bhubaneswar: Well-known Hindi poet and critic Vishnu Khare has been adjudged the winner of the Jayadev National Poetry Award (2017) for his poetry collection Aur Anya Kavitayen (And Other Poems). 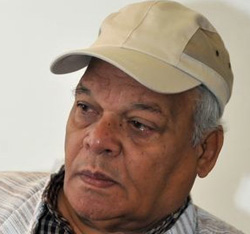 Khare will receive a cash prize of Rs 51,000 and a trophy resembling the image of the goddess Saraswati on 3 February at IDCOL Auditorium during the third edition of the Odisha Art and Literature Festival to be held from 1 to 3 February.

According to the organisers, more than 40 books were received from various Indian languages, including English, among which the collections by noted poets Ashok Vajpeyi, Bhalchandra Nemade, Anand Thakore and Vishnu Khare were shortlisted by the jury. The details of the award are available at www.odishaartlitfest.com

This award was instituted by the Dhauli Review Trust, a socio-cultural organisation in Odisha, and the members of the jury were Rajendra Kishore Panda, Manohar Shetty and Ashutosh Dubey, eminent poets writing in Odia, English and Hindi, respectively.