Odisha Channel Bureau
Bhubaneswar: The Odisha Heritage Cabinet has passed a resolution asking the Centre to accord classical status to Odissi music on the lines of the position granted to Hindustani and Carnatic music.

State Culture Minister Jyoti Prakash Panigrahi said while the Centre had recognized Odissi dance as a classical dance in 1964 and Odia language as a classical language in 2014, it was yet to accord the same recognition to Odissi music.

The State government had recognised Odissi music as classical form of music in 2008. 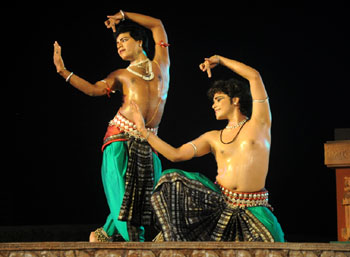 Odissi music, like Odissi dance, is not only very ancient but also has its own characteristic features to be reckoned as a classical music form, said Panigrahi justifying the State government’s demand for Odissi music.

The major decisions include separate and autonomous Directorates for proper functioning of Odisha State Archaeology and Odisha State Museum.

Besides, financial amount awarded to selected artists by the Culture Department has been augmented.

The Heritage Cabinet also decided that the existing vacancies at academies, institution and centres of Culture Department will be filled up through transparent process of widely publicised advertisements, if necessary, through a nomination process.