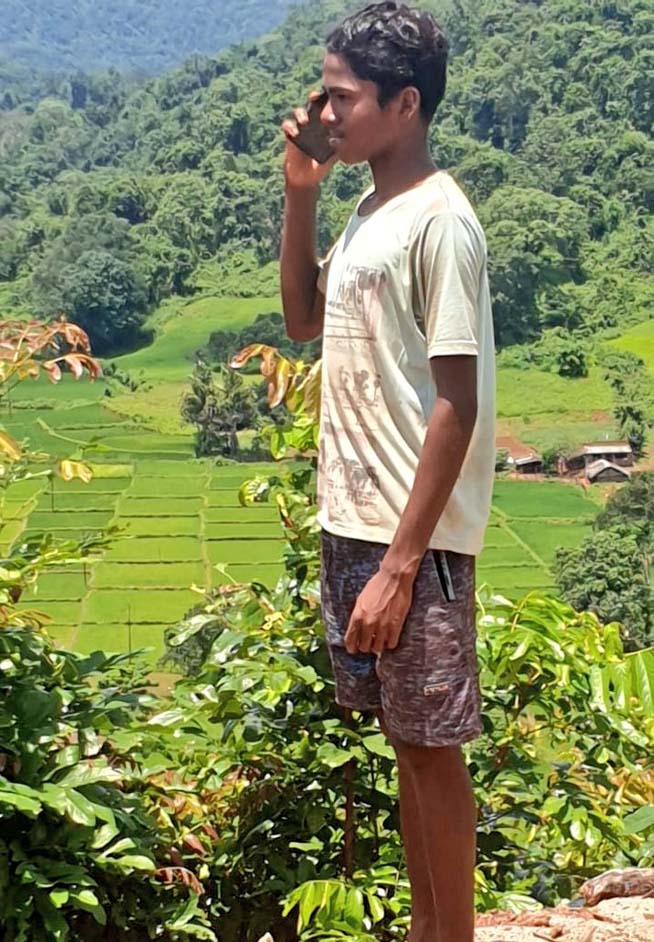 Odisha Channel Bureau
Bhubaneswar: Better late than never. The administration has finally woken up to some genuine problems of the tribal communities living in the cut-off area of Odisha’s Malkangiri district which was christened Swabhiman Anchal after a bridge was inaugurated over the Gurupriya river in 2018.

Over 30,000 people had been living in 151 villages in the Swabhiman Anchal being cut-off from the rest of the world since they lost the last chance of going from one place to another on foot. They were slowly marooned by the waters of Balimela dam that was built over Sileru river at Chitrakonda, a few km away from Balimela town, in the early 70s.

The ghat at Chitrakonda was the main place from where one could reach any of the villages inside the reservoir – almost all surrounded by water from all sides – by boat service being run by the district administration. Even today, the ghat is being used by residents of many villages that were not far off from the point.

If someone reaches Chitrakonda late in the evening coming from the district headquarters town of Malkangiri or any other distant place, he or she had to spend the night at Chitrakonda to take the first boat next morning to reach any of the villages during the day.

Since the opening of the Gurupriya bridge at Janbai ghat, a few km ahead of Chitrakonda, brought a huge relief to people in many villages, the administration has succeeded in providing road connectivity to many gram panchayats in the Swabhiman Anchal area.

The hapless tribal communities were facing serious difficulties due to lack of phone connectivity all these decades. They had to wait for boats to come to Chitrakonda or a few other locations whenever they wanted to inform authorities about any emergency service they needed.

The first landmark day for the inhabitants of cut-off area was July 26, 2018 when Chief Minister Naveen Patnaik inaugurated the Gurupriya bridge at Janbai ghat. More than three years after that came September 7, 2020 (Monday) as another landmark day for the tribals of the area when they were provided mobile network connectivity.

“Today marks the landmark day as mobile network connectivity is being started in Swabhiman Anchal at village of Pipalapadar, Hantalguda, Jantapai. These routes and villages were not having mobile connectivity from the very starting,” said Manish Agarwal, Collector & District Magistrate of Odisha’s Malkangiri district in a press release he issued on Monday.

According to the release, a total of seven towers at Pipalapadar, Haltalguda, Jantapai, Tunnelcamp, Dyke-III, Darlabeda and Chitrakonda have been planned by Bharti Infratel Ltd. “This became possible with immense help from Airtel and Bharti Infratel Ltd. Now the people of these villages will get voice call and 4G network and will connected with the rest of the world through active mobile network. With this connectivity all surrounding villages will also get network and mobile connectivity,” said Agarwal.

The District Collector further congratulated the residents of the area while taking pride in fulfilling the promises that the administration made for all round development and mainstreaming of Swabhiman Anchal.

“District Administration Malkangiri takes pride in fulfilling its promise for holistic development and mainstreaming of Swabhiman Anchal. People of Swabhiman Anchal are going to get Mobile connectivity with 4G network first time in the history,” twitted the District Collector.

“We are fully committed to ensure the all round development of the Swabhiman Anchal,” said Agarwal in the press release.

The District Collector also took the opportunity to urge the Maoists to shun violence and be a part of the development process and get into the mainstream.

Chief Minister Naveen Patnaik too shared a news report published in a leading Odia news website stating that mobile connectivity will help in achieving development in the erstwhile cut-off area.

There has not been any Maoist attack in the Swabhiman Anchal during the past few years, indicating that Maoists are no longer active in the hilly areas in the area that is getting connected to the rest of the world.