Odisha Channel Bureau
Bhubaneswar: In these troubled times, thousands of artisans have no sustenance post the lockdown that was enforced across India to control COVID-19 spread.

With many at the brink of starvation, JD Centre of Art (JDCA), though bogged down by its own share of lack of funds, has over the last four months worked to raise funds to provide immediate assistance to artisans in distress by reaching out to those most vulnerable through grass-root craft organisations to provide relief rations for a month.

JDCA as a part of the Creative Dignity movement that has brought together diverse creative producers, practitioners and professionals to provide relief and sustained prosperity for the craft communities.

Odisha has an incredible cultural repository and yet is one of the most vulnerable states in the country. The lockdown during the COVID-19 pandemic had a tragically adverse impact on many communities.

In these trying times, JDCA has taken the lead to bring together more than 40 craft-based organisations and individuals that work with over 20,000 traditional makers, to provide ration relief. It has also partnered with other donors to provide relief to adversely affected masters of traditional art and craft.

According to JDCA’s May-August newsletter released to the media on Saturday (September 12), between May and September 2020, JDCA reached out to more than 2,100 craftspeople in 14 districts in Odisha to provide relief ration kits. This was made possible with the support of Goonj, Industree, Sumanasa and Bhuvana Foundation.

Relief was planned meticulously, ensuring transparency with photographic documentation of the efforts to ensure that the ration reached all the vulnerable craft communities across Odisha.

There are still thousands of craftspeople in Odisha that need help. The monsoons have the predicament worse, but with your support, we can reach out to many of them, the organisation stated in its newsletter.

If you would like to support, please email: contact@jdcentreofart.org 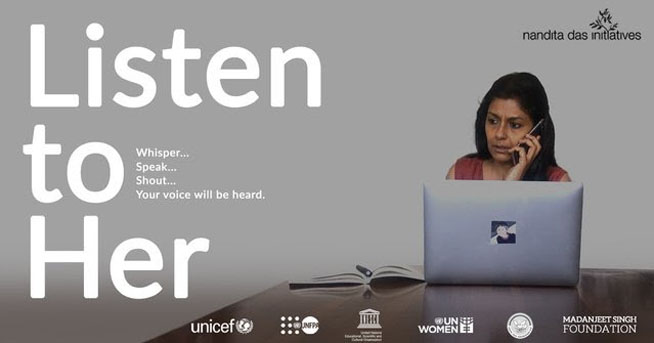 Listen to Her, a film by Nandita Das

Listen to Her, a film by JDCA’s trustee Nandita Das was a spontaneous response to the irony of “STAY HOME, STAY SAFE” for millions of women in India and around the world.

The film is adding its voice to a conversation that is much needed in the public space. It reminds us that speaking up is only possible when women know that there is someone listening. This pandemic has taught us that our lives are deeply intertwined, and so we must respond to the realities beyond ours, according to the newsletter.