Odisha prohibits sale and use of firecrackers during Diwali

Prafulla Das
Bhubaneswar: Considering the potentially harmful consequences of burning of crackers amidst COVID-l9 pandemic situation and approaching winter, Odisha government on Tuesday prohibited the sale and use of firecrackers during the forthcoming Diwali festival.

In exercise of the powers conferred under section 24(l) of the Disaster Management Act, 2005 read with rule 8(1) of the Odisha Disaster Management Rules, 2010, State Chief Secretary Asit Tripathy ordered that the sale and use of firecrackers shall remain prohibited in all parts of the State from November 10 to November 30. 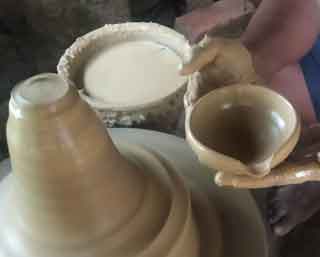 Any person found violating this order shall be punished under the provisions of the Disaster Management Act, 2005 and other relevant laws, according to the order passed by Tripathy.

The administration and Police have been suitably instructed, according to the office of the State Special Relief Commissioner.

The State government solicited wholehearted cooperation of people of Odisha in this regard to fight the pandemic to save lives, especially of the vulnerable population.

In a press release, the State government said that due to the proactive steps taken by it and cooperation of the people, the spread of COVID-19 pandemic has been controlled in the State to a significant extent.

The people of Odisha deserve profound thanks for working in tandem with the government machinery, the government said. While the present number of active cases has shown a dip, the danger is still very much present, it added.

Stating that resurgence of COVID-19 infection has been witnessed in some parts of the country and in the world, where COVID-19 appropriate behaviours have not been strictly adhered to, the government pointed out that a number of countries across the world have been compelled to reimpose the lockdowns and other extreme measures to contain the resurgence and further spread of the disease.

“The international experience shows that the coming winter season may see further spread of the pandemic. Technical experts agree,” the government observed.

“It is generally observed that elderly persons, children, persons with comorbidities and others develop respiratory problems during winter. Further, the air pollution, higher concentration of suspended particulate matter (SPM) in the air aggravates the respiratory problems.”

It is a well-known fact that burning of the firecrackers releases copious amounts of harmful chemicals like nitrous oxide, sulphur dioxide, carbon monoxide etc., which have severe impact on the respiratory health of vulnerable groups. Such pollutants can further aggravate health conditions of COVID-19 positive persons besides persons staying in home isolation,” said the government.

Deepavali, the festival of lights, may be celebrated in the traditional way by lighting of earthen lamps, candles and other traditional lighting materials, said the government.