While in Odisha, thousands of people live with vulnerable sanitation systems or with no sanitation facility at all, climate change is making the scenario even worse.

Odisha Channel Bureau
Bhubaneswar: Even as the whole world observed ‘World Toilet Day’ on Thursday, youths and students of various schools and colleges across the state reached out to around 5000 people through social media platforms and another 1000 people directly with messages on sustainable sanitation and climate change. 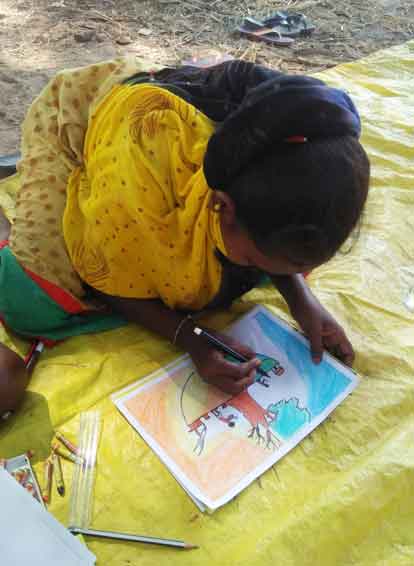 These youths, known as ‘WASH Ambassadors’, are volunteers of #Youth4Water, a youth-led campaign on water, sanitation and hygiene being run by several organisations including Water Initiatives, Odisha (WIO); Patang; Gram Swaraj; and Spandan with support from UNICEF Odisha. The campaign aims at reaching out to each youth of the state by 2024 with the messages of sanitation; hygiene, climate change and water/river conservation awareness.

While floods and extreme precipitation events result in spreading sewage and human wastes in places of habitation, droughts create water scarcity and make the sanitation systems dysfunctional. While disasters are not new, their frequency and intensity are multiplying creating public health emergencies. It is high time, we made our sanitation systems resilient and sustainable, he added.

While in Odisha, thousands of people live with vulnerable sanitation systems or with no sanitation facility at all, climate change is making the scenario even worse. The state, known as the disaster capital of the country due to its proximity to the Bay of Bengal, has been at the receiving end and water resources & sanitation systems are the worst affected, Panda said.

The volunteers of Youth4Water took pledge to work for a climate-resilient water supply and sanitation system. They spread their messages and expressed their concern and possible solutions through their drawings, wall paintings and through comic workshops. Their drawings, wall paintings and activities send an urgent message to act immediately before climate change disrupts sanitation services. Their messages also urged the denizens to ensure a sustainable sanitation system that is vital to stop the spread of Covid-19 pandemic and other fatal diseases like cholera and typhoid.

“While we are talking about a ‘sustainable sanitation system’, it is unfortunate that many people in our communities are unaware of what ‘sanitation system’ is. Many people have toilets, but they are not functional due to water scarcity and many other reasons, and many others, despite having functional toilets, still practice open defecation. It is high time the youth reached out to each of the community members and let them understand the importance of having and using a functional toilet,” said Bibhuti Bhushan Naik, 20, an inmate of Angul-based Observation Home-and-Special Home.

“In my locality, diarrhoeal diseases are common, because, people don’t prefer to use a toilet. The enlightened youth need to counsel the community members about the importance of using a toilet and keep it clean,” pointed out Sushmanta Kumar Birua, 17, an inmate of Angul-based orphanage, Adruta Children Home.

Addressing the youth, PD, DRDA Dillip K Sahu, who is also the member secretary of District Water and Sanitation Mission, spoke on the importance of maintaining proper sanitation and hygiene in checking the spread of Covid-19. He also shed light on the importance of a climate-resilient water supply systems.

Around 200 youth belonging to Kendupati and Birighati panchayats in Nuapada district participated in awareness meetings and drawing competitions and wall painting events.

In Deogaon, Daang and Khaliapali in Bargarh district; and in Bhimkhoj, Titlenpali and Baabupali of Sambalpur district, youths were engaged in comic workshops, theatres, drawing competitions and wall paintings.

In Bisoi and Bangiriposi of tribal-dominated Mayurbhanj district, youth volunteers reached the community members and demonstrated the use of toilets and with messages on climate change and sanitation.