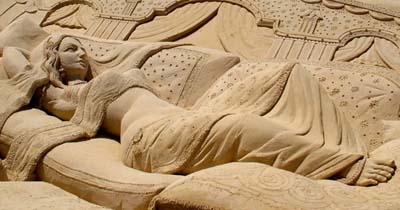 Odisha Channel Bureau Bhubaneswar, July 16: Odisha Government has decided to set up a Sand Art Park at Puri to promote the art as well as tourism.A decision in this regard was taken at a high-level meeting chaired by Chief Secretary Jugal Kishore Mohapatra, according to an official release.Tourism and Culture secretary Arvind Padhee, who was present at the meeting, outlined various prospects of the proposed sand art park project.The proposed park will be set up over three acres of land on along the Puri beach.The required land will be provided to the Tourism Department by the State Government.The Chief Secretary suggested Tourism Department to prepare a detail report on the proposed project.Mohapatra has also advised the Department to utilise the expertise and experiences of sand artist Sudarsan Pattnaik in the planning and implementation of the sand art park project.It was Pattnaik who had made the age-old sand popular in the State and won many prizes in sand art festivals across the world.