Fresh attempt for bauxite mining kicks up row in Andhra

Santosh Patnaik
Visakhapatnam: The contentious bauxite mining issue is back again in the limelight with criticism coming to the fore over fresh bids to consider operationalising the Anrak Aluminium Refinery near here.

The refinery built by AAL, a company floated by Ras-al-Khaimah and Penna Group in 2013 with an investment of nearly Rs.6,000 crore, could not launch operations following cancellation of bauxite supply agreement by Andhra Pradesh Mineral Development Corporation (APMDC) after the YSR Congress Party Government said it was against bauxite mining in the scheduled areas respecting sentiments of tribals, who had opposed vehemently saying it would devastate their livelihood and environment in the region bordering Odisha. 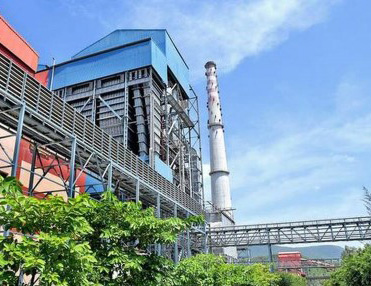 National Aluminium Company (NALCO), which has its headquarters in Bhubaneswar and a refinery and mines in neighbouring Odisha’s Koraput district had made attempts to obtain mining leases in Visakhapatnam and East Godavari districts by holding talks with the Centre and Andhra Pradesh Government. The then NALCO CMD T.K. Chand had gone on record saying that they were keen to establish a greenfield refinery in Visakhapatnam with an estimated investment of Rs.7,000 crore to Rs.12,000 crore subject to obtaining clearances.

Furious over the decision, Ras-al-Khaimah Investment Authority, known as RAKIA filed an international arbitration case claiming compensation for its investment of $44.7 million. It also had promised investment on an aluminium smelter and a power plant in the area. The refinery is located at Rachapalle, about 80 km from Visakhapatnam.

In a recent development, the State Government convened a meeting of a high-power committee to explore various options, which included supplying bauxite ore to Anrak, buying the equity made by the project proponents and various other options.

“We see a serious attempt to revive bauxite mining in the area after all clearances accorded to mining were put on hold following an ultimatum served by then Panchayat Raj Minister V. Kishore Chandra Deo in the UPA-II Government at the Centre,” CPI (M) district secretary K. Loknadham told Odisha Channel.

Social activist and former IAS officer E.A.S. Sarma welcomed that government order vide GO Ms No. 89 (Ind & Comm) dated 9-12-2020, and said it has rightly constituted a senior official committee to work out the modalities of opposing the arbitration proceedings. “I am glad that the committee has a representative from the Union Ministry of Mines,” he said and opined that the State Government should tread cautiously while dealing with this arbitration matter, as arbitration relief once awarded is difficult to contest before the courts. It will be all the more difficult to pursue the matter before an international arbitrator.

In a letter to R. Karikal, Special Chief Secretary, Industries and Mines Department, he enclosed a copy of the MOU entered into by APMDC with RAK in 2008 for ready reference.

As per Clause 1.1 of the MOU, the MOU is subject only to Indian laws. Article 4 defines the “conditions precedent” to the MOU becoming effective. Since the mining lease itself had been revoked and APMDC which is a party to the MOU had been prevented from taking up mining, one of the primary conditions, namely, its ability to deliver bauxite, had not been fulfilled. Therefore, it is perhaps valid to say that the MOU had never become effective, he pointed out.