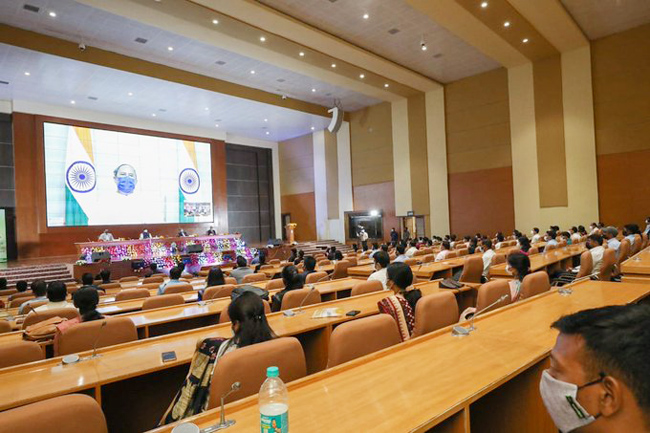 As many as 210 Assistant Executive Engineers joined today in the Panchayati Raj & Drinking Water Department. This is the first batch of a new engineering cadre created in the Department.

Patnaik further said that the state government is committed to convert all kutcha houses to pucca houses in a time bound manner. Similarly a target has also been sent to provide pipe water to all rural households by 2024.

“The state government’s emphasis has been on expansion of rural infrastructure. Thus, the creation of a new engineering cadre is indicative of our thrust on it,” he added.

The Chief Minister advised the newly recruited engineering to put all their energy and knowledge to be a part of transformation that is now happening in Odisha.

He urged new employees to follow and imbibe 5-T mantras of the government in their daily assignment. Highlighting the principles of state’s governance, he said “the people are at the core of our government. We need to serve them with dignity and professionalism”.

Minister Panchayati Raj & Drinking Water, Urban, Housing and Law Pratap Jena addressed the orientation programme and advised them to work for the welfare of the people of Odisha.