Odisha Channel Bureau
Bhubaneswar: At least 40 residents of Dhinkia, including women, children and elderly people, were injured today as the police resorted to lathicharge while stopping them from heading towards their betel vines on the outskirts of their village. 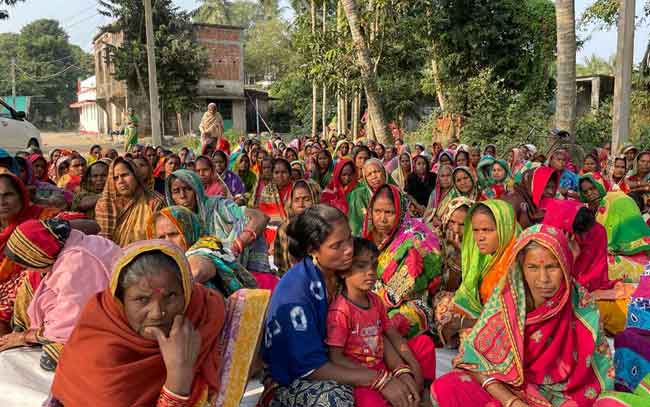 Those arrested by the police following the lathicharge include Debendra Swain, a former Panchayat Samiti Member who is heading the agitation; Muralidhar Sahoo, president of the village committee, and human rights activist Narendra Mohanty, who had gone to Dhinkia on January 13.

According to the villagers, they were stopped by the police when they were on their way to the betel vines that the administration had been planning to demolish to acquire land for the proposed steel plant of JSW Utkal Steel Ltd.

The people of Dhinkia and nearby gram panchayats had been opposing land acquisition for the proposed steel plant of South Korean steelmaker POSCO for more than a decade starting from 2005.

The administration, which had acquired about 2200 acres of land for the POSCO project in the past, is acquiring additional 700-odd acres of land near Dhinkia since December first week last year for the JSW project.

POSCO had withdrawn its plan in 2017 and the state government had subsequently decided to hand over the same site to JSW Utkal Steel Limited to set up a greenfield steel plant along with a cement plant, captive power plant and a captive jetty near Jatadhat river mouth nearby.

Meanwhile, many activists condemned the lathicharge alleging that the Jagatsinghpur district police was working for the company and harassing the villagers opposing the project due to fear of their livelihood sources.

Opposition Congress too condemned the police action against the villagers and demanded a judicial probe into the incident.