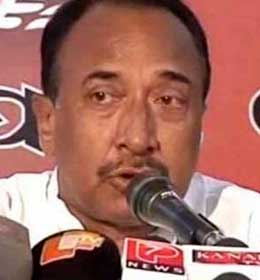 Odisha Channel Bureau Bhubaneswar, Sep 21: Odisha unit of Bharatiya Janata Party on Sunday decided to make former Minister and senior leader Bijoy Mohapatra to head the party’s campaign committee for the forthcoming by-poll in Kandhamal Lok Sabha constituency.A resolution this regard was unanimously passed at the BJP State Executive Committee meeting that was held at the party’s State headquarters during the day.After passing of the resolution, BJP Odisha in-charge Arun Singh urged the party leaders present at the meeting to make sincere efforts to win the by-election in Kandhamal with Mohapatra as the party’s election manager for the constituency.BJP is likely to highlight the Narendra Modi Government’s successes at the Centre and Naveen Patnaik Government’s failures and various scams in the State during its election campaign in Kandhamal.The by-poll in Kandhamal is scheduled to be held on October 15.The by-poll was necessitated following the death of BJD MP Hemendra Chandra Singh recently.Though filing of nomination papers has already started for the by-poll, BJP as well as two other major parties – Biju Janata Dal and Congress – have not announced the name of their candidate so far.As September 26 was the last date for filing of nomination papers, the three parties were likely to announce the name of their nominees soon.While the BJD is likely to field Hemendra Singh’s widow Pratyusha Singh for Kandhamal, the BJP is likely to field former Kandhamal MP Rudramadhav Ray, who joined the party on Sunday.Ray had been suspended from the BJD for anti-party activities in the past.Congress is still in the process of selecting its candidate for the by-poll.