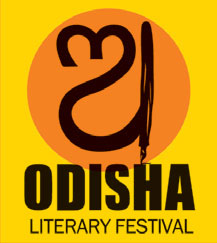 Odisha Channel Bureau Bhubaneswar, Nov 4: Indian literature is certainly not confined to Indian Writing in English, which is read and appreciated only by English-educated people, said Odisha Chief Minister Naveen Patnaik here on Tuesday.“Literature produced in regional languages represents a wide spectrum of our social life and presents an authentic account of life lived by our people in remote parts of the country,” said Patnaik while inaugurating the Odisha Literary Festival-2014 organised by The New Indian Express Group.“Needless to say, volumes of creative literature is produced in these languages every year and read, enjoyed and appreciated by millions.“Unfortunately, these literatures hardly get the publicity they deserve and not many institutions and organizations come forward to promote the writers.Against this background, the effort of The New Indian Express holds great significance,” Patnaik, writer himself, observed.Speaking of Odia language, Patnaik said that Odia is one of the most ancient languages of our country.In the past, scholars such as John Beames, G.A.Grierson, L.S.S.O’Malley, Suniti Kumar Chatterjee, Satya Narayan Rajguru, John Boulton and many others have proved the antiquity of the language, he added.“Needless to say, Odisha has a glorious tradition of art and literature.The beginnings of Odia poetry may be traced to mystical poems of tantric tradition, written about a thousand years ago,” he said.However, it was the great Sarala Das in the 15th century, who wrote Odia Mahabharata and came to be known as Adikabi or the first Odia poet, Patnaik added.He further said that the Bhagabata of Jagannath Das and the Ramayana of Balarama Das were the other two influential works of the period.Then came talented poets like Kabisamrat Upendra Bhanja, Kabisurya Baladev Rath, Dinakrushna Das and others.The Chief Minister said that towards the end of the nineteenth century, western influence became perceptible in the works of Odia poets and writers, especially in the poetry of Radhanath Ray.Stating that Fakir Mohan Senapati, the undisputed master of Odia fiction, has left behind novels, short stories and poems, Patnaik said that modern Odia literature has been enriched by poets like Sachi Routray, Kalindi Charan Panigrahi, Mayadhar Mansingh, Sitakant Mohapatra, novelists like Gopinath Mohanty, Kahnu Charan Mohanty, Surendra Mohanty, Santanu Kumar Acharya, Prativa Ray and dramatists like Manoranjan Das, Pranabadhu Kar and Bijoy Mishra, to name a few.Expressing his sincere appreciations to The New Indian Express group for organising the two-day Odisha Literary Festival at Bhubaneswar for the third successive year, Patnaik said that this festival has become a meeting point of creative minds of the state and the country and also has been a vehicle for exchange of ideas, thus breaking new grounds in literature.