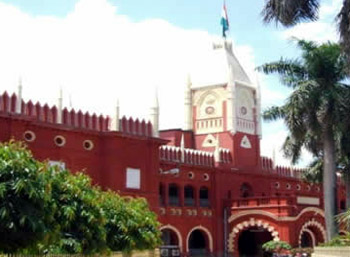 Odisha Channel Bureau Cuttack/Bhubaneswar, June 20: In a significant development, the High Court of Orissa on Friday ordered that the Shankaracharya’s opinion that the devotees will not be allowed to climb the chariots during the Rath Yatra in Puri will prevail.The stand of the Sri Jagannath Temple Management Committee to go by the opinion of the Shankaracharya has to prevail as far as the rituals of the car festival are concerned, a Division Bench of the Court comprising Chief Justice A.K.Goel and Justice A.K.Rath said in its order.”Any contrary opinion of the State Government will obviously be in-operative.The State Government may however perform its duty of maintaining law and order and providing all necessary assistance for smooth conduct of the car festival in accordance with the decision of the Managing Committee on the issue of rituals which is based on opinion of HH Shankaracharya, Puri and correctness of which is neither subject matter for consideration of State Government nor before this Court,” the Judges said in their order.The Bench further clarified that the State government cannot interfere in the decision taken by the Sri Jagannath Temple Management Committee.The Division bench had heard submissions made by counsel for the petitioner and the State government earlier in the day.Gajapati Maharaja Dibyasingha Deb is the chairman of Sri Jagannath Temple Managing Committee.Shankaracharya Nischalananda Saraswati had given his recommendations in November last year after his intervention was sought by the Sri Jagannath Temple Management Committee. Meanwhile, Maheswar Mohanty, former Law Minister and head of the Committee formed to resolve the controversy said that the State government will abide by the High Court order.Mohanty made the statement after the second meeting of the Committee held minutes after the High Court passed its orders on the issue.The State Law Minister’s decision on the issue of devotees climbing the chariots was wrong, the Gajapati Maharaja said after the High Court verdict.Hours before the High Court passed its order, the Maharaja had said that the State government had no right to interfere in the religious affairs of the Jagannath Temple and the rituals associated with it.A lawyer had filed the public interest petition seeking directions to the State government to implement the decision of Puri Shankaracharya who had strongly advocated a blanket ban on devotees climbing the chariots and touching the deities during the annual car festival.The controversy had started when the Daitapati servitors of Lord Jagannath opposed the Shankaracharya’s views.Going against the Shankaracharya’s suggestion that devotees should not be allowed to climb the chariots and touch the deities during the nine-day-long festival, the State government on June 11 said that the devotees will not be allowed to climb the chariots on Rath Yatra, Bahuda Yatra and Suna Besha days.Soon after the Law Minister Arun Sahu announced the government’s decision, a spokesperson for the Daitapatis had clarified that the devotees will not be allowed to climb when the chariots were on the move on those three days.The devotees can climb after the chariots reached their destinations as well as on other days, the spokesperson had claimed.When the Shankaracharya expressed displeasure after the government ignored his advice and the Daitapatis continued to stick to their stand adding to the confusion, the matter was raised in the State Assembly with legislators cutting across party lines seeking resolution of the matter. Assembly Speaker Niranjan Pujari had then called an all-party meeting, and the Committee headed by Mohanty was set up to resolve the issue.The Committee, which held its first meeting on Thursday, had decided not to take any stand on the controversy till the High Court passed orders on the public interest petition.The question of climbing on the chariots had come to the fore last year when noted Odissi dancer Ileana Citaristi was manhandled by the servitors atop the chariot of Lord Jagannath during the Rath Yatra in Puri last year.Temple servitors had allegedly slapped and pushed her down the chariot after she refused to pay them Rs.1,000 to them.Meanwhile, it was not immediately known whether the Daitapati servitors will accept the High Court order or challenge the same in the Supreme Court.