Odisha Channel Bureau Kendrapara, Aug 8: A day after police and people were locked in a fierce street battle in Kendrapara, situation has fast returned to normalcy in this coastal Odisha district following the arrest of self-styled and tainted godman Sarathi Baba today.The arrest of Sarathi Baba alias Santosh Roul has apparently calmed down the brewing tension.The removal of superintendent of police Satish Gajbhiye who was accused of unleashing force on peaceful protesters yesterday also went a long way for restoration of order in this politically-sensitive coastal district. 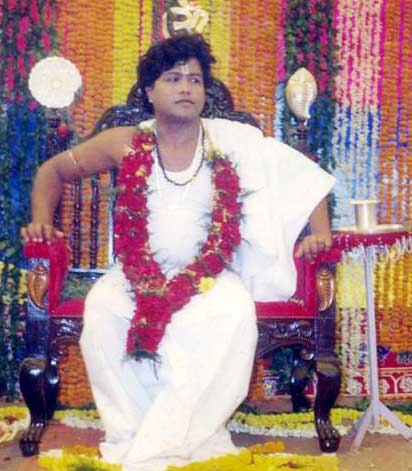 With improved situation, prohibitory order under Section 144 CrPC has been lifted today from the township and adjoining areas.Meanwhile, sepulchral silence pervades the air in the Sarathi Ashram (the abode of the controversial godman) in Barimula village on the outskirts of the town.The ashram where hundreds of devotees and followers used to make beeline to catch glimpse of the godman not long back now wears an out and out deserted look.Gun-toting policemen are on the job to guard the locked-up ashram.“Sarathi has paid the price for his evil deeds.He betrayed people.People who had reposed faith and trust on him have learnt a bitter lesson of their lifetime,” remarked a village elder of Nikirai village, Parikshit Patra. While Sarathi is now behind the bar, the crime branch sleuths who donned the job of interrogation revealed that Godman was unyielding initially.However, the Baba later divulged details after breaking down.He sobbed for about five minutes during quizzing.He regained composure and later cooperated with the investigators.He, however, flatly denied sexual escapade and innuendos being leveled against him, confided crime branch officials took part in the marathon interrogation.Sarathi ran a well-oiled network of agents who were highlighting his miracles and magical powers to woo the people.Over 50 people were engaged in various works at the ashram.All of them were on monthly payroll.There were also separate sets of people whose job was to publicise the godman’s discourses and spiritual clout, revealed crime branch investigators. The godman’s six bank accounts have been traced with deposits over Rs.12 lakh.The police are on the lookout of a chartered accountant who was privy to all financial transactions and dealings.The CA, who is from Kendrapara township, had fled from the Ashram before our investigation got underway yesterday noon.He holds the key to the detection of accumulated movable and immovable property of the godman, informed official sources.