Odisha Channel Bureau Bhubaneswar, Aug 13: Naveen Patnaik Government today placed former Superintendent of Police of Kendrapara Satish Gajbhiye after cry grew louder with opposition parties hitting the streets and seeking initiation of disciplinary and criminal proceedings against the former SP for brutalised attack on protesters.According to sources, Gajbhiye was suspended for the police excesses during anti-Sarathi Baba protest in Kendrapara on August 7 and violation of service rules. 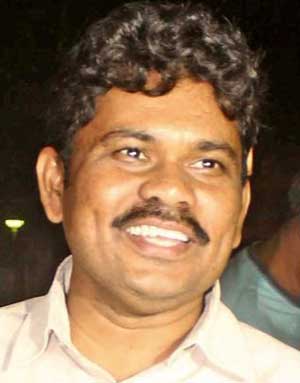 The controversial IPS officer, who had got himself entangled in yet another hullabaloo over purchasing vast stretch of landed property in his spouse’s name in Gop block of Puri district, had allegedly unleashed the police forces on peaceful protests and had also allegedly inflicted physical torture of a lawyer during the protest against the self-proclaimed godman Sarathi Baba.Gajbhiye had singled out a lawyer among the protestors and had tortured him and even asked him to do sit-ups on the street.The alleged police excesses had put the Naveen Patnaik Government in a tight spot ever since the police brutalities were widely covered in both print and electronic media.Even large section of BJD MLAs voiced their open criticism against the police excesses perpetrated in Kendrapara. Finally breaking its silence, the state government today announced that disciplinary proceedings would be initiated against Gajbhiye on the basis on Inspector General R.P.Koche’s report on the police action against the people who were demanding arrest of the Sarathi Baba, a day before he was arrested by the Crime Branch.State Home Secretary Asit Tripathy had told reporters earlier during the today that “we are waiting for IG’s inquiry report.If the report hauls up the officer for wrong-doing, action would be taken against the accused IPS officer.The vigilance wing of state police is also inquiring into the alleged illegalities in the land purchase deal”.Meanwhile, Gajbhiye has courted yet another unwarranted controversy with a SC & ST forum putting forth argument in his favour during a press conference.The forum members when queried whether the conference was held at the behest of Gajbhiye reacted and allegedly misbehaved the media persons.Police intervened to restore order.The cry for arrest-suspend-Gajbhiye had grown louder across the state various forums, political parties threatening to intensify their agitation if the government fails to take action against the officerLawyers of Orissa High Court had even announced to boycott Independence Day celebrations if the Gajbhiye goes unpunished.The High Court lawyers’ body had threatened that they won’t allow any minister or official from Bhubaneswar to come to Cuttack on Independence Day to unfurl the national flag.The concerned IPS had been stripped of his responsibility and attached to the police headquarters as an officer without duty as inquiry was on.However the IPS officer is reported to be staying in Kendrapara and is yet to vacate his official quarter in Kendrapara even after being relieved, sources said.