Odisha Channel Bureau Kendrapara, Aug 16: Fresh trouble seems to be brewing for the controversial Sarathi Baba who was arrested by the crime branch wing of Odisha police recently.The crime branch on Saturday registered a fresh case against the self-styled godman for threatening the girl, who had accompanied him to Hyderabad last month, and forcing her to lodge a false complaint.The girl who is incidentally pursuing final year MBBS course in Odisha’s premier medical college in Cuttack had earlier given a clean-chit to the Baba.She had alleged that some of Sarathi’s close aides had forced her to provide company to the Baba in a trip to Hyderabad.Earlier her confessional statement had been recorded under section 164 of the CrPC, before a first-class magistrate on the controversy over her alleged stay with Sarathi at a hotel in Hyderabad.In yet another twist to the controversies hovering around the notorious godman, a 49-year-old woman sought crime branch to probe into the parentage of Satyam Sekhar Raul, whom the fake Baba claimed to be his son. 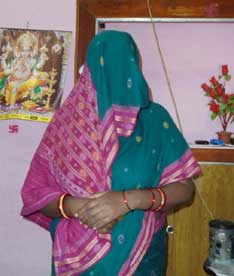 “Satyam is my biological child.He was born on 1995.The godman had adopted him in 1998,” the woman (mother of three) revealed while requesting not to be named. A resident of the township and spouse of an employee of a nationalised bank here said “I have been shocked and stunned to know the bizarre claim that Satyam was churned out from ‘bibhuti’ (holy ashes) by the godman.It’s a canard.As a mother, it’s difficult on my part to digest such falsehood.“Let crime branch inquire into.I am ready for a DNA test if the probe agency opts for it,” she observed.(Like thousands of others, I was deceived by his magic antics and had become of his ardent devotees.Baba had politely pleaded before us to hand over our fourth child whom we lovingly called ‘Bubu’.He wanted to legally adopt him.As we had three children, we gave in to Baba’s request.“When Bubu was adopted by Baba, he was hardly three year old.Then number of his followers was on a limited scale.Baba later renamed him as Satyam.Since the day of his adoption, I have never been identified as his real mother,” she recalled.