NHRC calls for a debate on stray dog menace 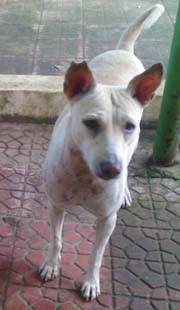 Odisha Channel Bureau
New Delhi, Aug 14: Taking suo motu cognisance of media reports on the stray dog menace, the National Human Rights Commission has observed that “prima facie, it is of the view that Human Rights should weigh above animal rights in a situation where human lives are at risk due to attack by animals.

However, this calls for a debate by the civil society.” NHRC has also issued notices to the Union Ministry of Health and Family Welfare and Chief Secretary, Government of NCT of Delhi calling for reports within four weeks to ascertain their views on the issue as well as on the specific incident wherein a child, aged barely five years, died due to excessive bleeding after attack five stray dogs in Jamia Nagar, Delhi on August 4, 2015.

The Commission’s observations have also come in the light of another media report exposing the futile efforts made by the Municipal Corporations of Delhi to deal with the menace of stray dogs.

The Corporations with the help of NGOs, just catch the dogs, sterilize them and drop them back from where they were caught. Allegedly, even in this job, Corporations are reportedly struggling to cope up.The Commission has observed that “while the measure of sterilization may help contain the increase in the dog population, it does not save or shield people from the bites of existing dogs. “It looks like a ‘Human Rights’ versus ‘Animal Rights’ battle. This is not a problem of Delhi alone. The Commission has come across similar incidents in several other parts of the country. The situation assumes alarming proportions when one links the stray dogs with their contribution to Rabies disease.” “According to some estimates, more than 50 thousand deaths take place in India annually due to Rabies. Rabies is caused by the bite of an infected animal, mostly dogs. Most of the victims are children. Along with sterilization, vaccination of dogs against Rabies may also help. According to some news reports, the scarcity and the exorbitant cost of Anti-Rabies Serum also are serious issues,” the NHRC has observed.